Titanium Backup is a free Android app to backup apps on Android. This Android Backup app is one of the most popular app in Google Play Store. You can backup installed apps. It even lets you to backup system apps. Along with app, it also backs up the data of the app. Titanium Backup works only on rooted Android phones.

After launching the app on your Android, you will get the list of all the installed and system apps. Now tap on the selective apps to create a backup for each. The backup file will be created in the SD card. To Restore any uninstalled or corrupted app, again tap on the app from the TItanium Backup list,  and it will quickly restore the app. 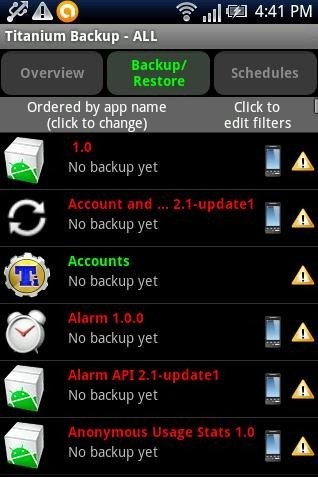 Restoring the app allows you to install the lost app on your Android.  Along with installing the lost app, you can also restore the data which was saved in the app. Titanium Backup is smart enough to backup the app+data on your Android phone.

As I mentioned above, this Android backup app works on rooted phones only.  You can easily root your Android with Unlock Root software using your PC.

How To Backup And Restore Apps With Titanium Backup:

Step 1: Download and install Titanium Backup app on your Android.

Step 3: Head to backup/restore tab in the app.

Step 4: Select the app which you want to backup and then tap on backup option. 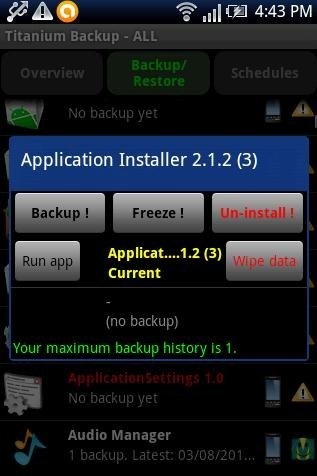 Step 5: The app will be automatically backed up on your SD card.

Step 6: To restore the lost apps, just click on the backed up apps in Titanium backup app list.

Step 7: Click on restore button, and the app will be restored. 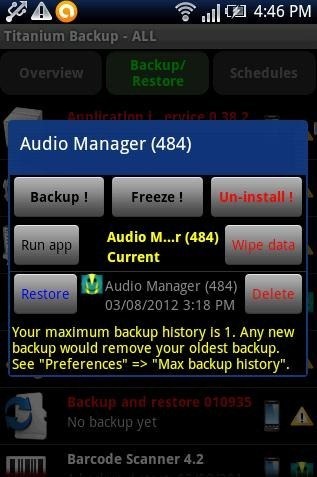 Click here to download and install Titanium Backup app from App Store or scan the QR Code below. You can also head to Google Play Store and search for Titanium app on your Android phone. Install the app today and save all your favorite apps from being lost. 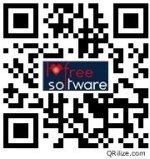 You can also check out small tutorial to backup apps on Android. And in case you accidentally deleted some app, check out Recycle Bin app for Android to restore deleted apps.