Offroad racers is racing game in which all kinds of racing 4 wheelers meet. You can unlock cars and tracks by completing initial tracks; all the cars have inbuilt nitrous cylinders. You can even get in the way of others and drag them off the tracks. Your ultimate goal is to win the game. The download size of the game is 70MB.

Offroad Racers, as the name suggests, all the tracks in this game are offroad. You have to race with your monster trucks, pickups, buggies, or rally cars; on twisted and turned tracks. Control your extraordinary cars on these tracks; which are filled with nitrous cylinders to boost your speed. Let’s see how to play this crazy game.

As soon as you launch the game, create a username and click continue. Then you have to choose from four different types of races: contest, race, elimination, and time attack. 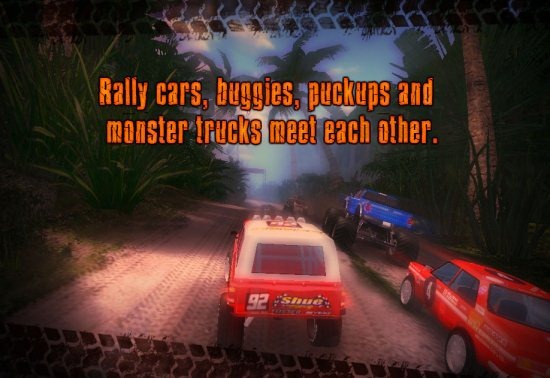 Choose any of the modes and then you can choose what kind of car you like to ride (if you have unlocked them by completing previous stages). Then the game will start and race on those muddy and slippery roads. When you activate nitrous, make sure you don’t overheat your car; which is shown on bottom left of the screen. The map and other player’s position is shown on top left and checkpoint remaining time is shown in the middle top of the screen (as shown in below screenshot). The detailed gameplay of this free car racing game is shown in the video.

Here are the controls of this free car racing game Offroad Racers: 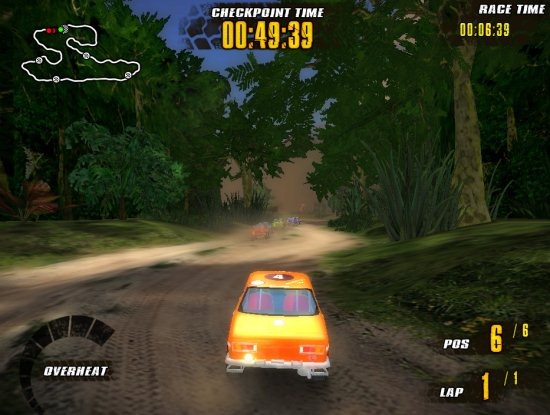 Offroad racers is a nice tough game to play. The graphics and sound effects are good enough. You can also read our review on 5 free car racing games for PC or BMW online racing.