Alien Arena is a free FPS Game where you can play both single player and multiplayer. Download and try this fast paced and modern free FPS game. Download size is 370MB. 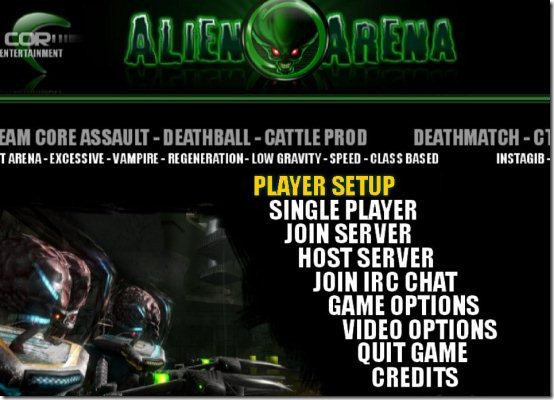 About This Free FPS Game:

Bored of playing normal old school FPS games? Then try this free FPS game Alien Arena. This game is quite different from other regular FPS games. This game puts you in the boots of an Alien and in a different fantasy world. The theme itself is a retro sci-fi alien theme. You can try a similar fantasy FPS game called Red Eclipse.

You just need to install the software and get started. First go to the player setup and input your name, password, character model, and skin. You can also set right handed player or left handed player depending on your convenience. 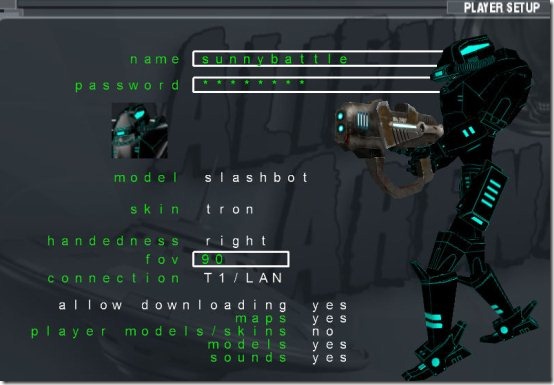 Single Player: In single player you will be asked for difficulty level from the options: easy, medium, hard, and ultra. Then you can start playing death match with other Aliens driven by the computer.

Join Server: In join server mode you just have to select one of the servers and start playing. The loading may take some time, but it’s fun playing with other players.

Host Server: In host server option you can host a server by choosing from the options: map type, rules, antilag option, time limit, host name, and skill level. You can choose the rules from: Death match, Capture the flag, Team core assault, Deathball, and Cattle prod. Cattle prod is interesting where you guide your cattle to a checkpoint with your team mates. The cattle is dressed up in big astronaut gear. You can also shoot enemy cattle or the enemy also before they reach the checkpoint. 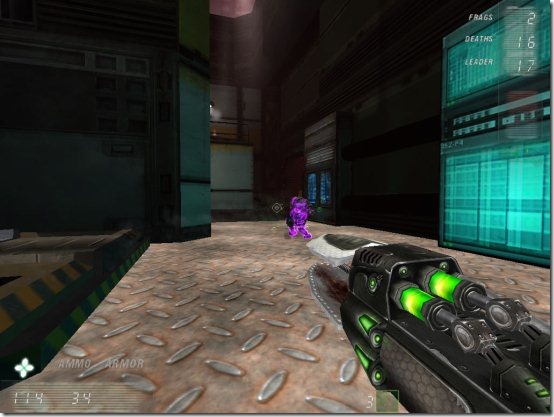 Game Options: In game options you can modify various options and you can customize your controls.

In this game you can design yourself as a big brained extra terrestrial being, like the characters from the movie Mars Attack. You can choose from various futuristic weapons like rocket launcher, machine gun, plasma gun, flame thrower, etc. This game has been recently modified with various new features like: smart bombs, mind eraser weapon, improved weapon switching, antilog option, bot improvements, adrenaline music, and much more. Various graphics effects are also added to the game. Click here to check the improvements.

The graphics and sound effects are very nice. Just download this 370MB file and start playing on either Windows or Linux.