Here’s a list of 4 tab sync extensions for Chrome which you can use to sync Chrome tabs across multiple computers. Most of us have work computers and personal computers. Sometimes we want to have tabs from Chrome at work synced with the tabs in Chrome on our personal computer at home. Following extensions can help you do that and more. They are an upgrade over the default tab sync feature that Chrome has. 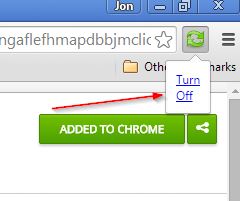 Real-Time Tab Sync will let you sync tabs across multiple computers in real-time. It still uses the built-in tab syncing capabilities that Chrome has by default, but it builds upon it by letting you have tabs synced as soon as they’re created/removed.

Top right corner icon is the only thing that you’ll see from Real-Time Tab Sync. It works automatically, assuming you are logged in with your Google account into Chrome. When you login on another computer, it will automatically sync tabs across them in real time. Close or open tabs on one computer and in a couple of seconds, they will appear on the second computer. 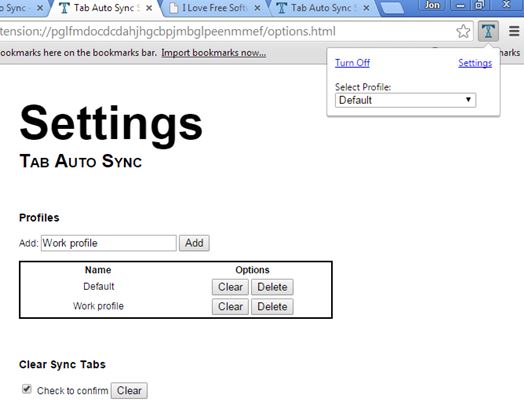 Tab Auto Sync works similarly to how Time Tab Sync works, only it has more options that you can tweak. For example, Tab Auto Sync supports profiles, where you can specify which tabs are going to be synced when.

While the work profile is activated you can for example only sync the tabs that are related to work across the computers at work. Home profile can be used to switch to syncing only those tabs that are important for when you’re browsing the web using Chrome at home, on home computers. Open up extension settings to create tab sync profiles and use the top right corner icon to turn on/off tab sync, and also to switch between profiles.

Also, have a look at How To Use Mouse Gestures To Control Google Chrome?. 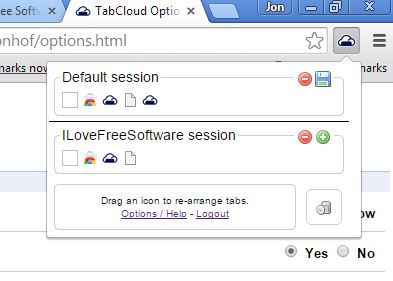 TabCloud doesn’t offer automatic synchronization of tabs across computers, but rather lets you save “sessions” out of open tabs that can be restored on other computers.

Use the top right corner menu to save currently open tabs to sessions. After that login with your TabCloud account into TabCloud on other computers and you’ll be able to reopen all the saved tabs using the green plus sign. 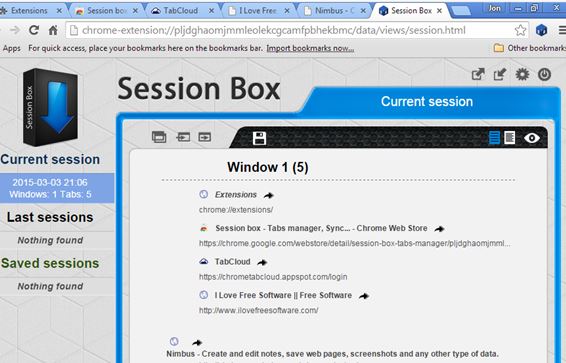 Session Box also lets you save entire Chrome sessions, all the tabs that you have open, and then restore them later on, or on other computers where Session Box is installed.

What’s different about Session Box is that unlike TabCloud, it has customizable automatic sync. Sync can be turned on in the extension settings. Once it’s on, everything will sync every 5 minutes.

Also, have a look at 5 Offline Note Taking Extensions For Chrome.

I have two favorites from the list above, Real-Time Tab Sync and Session Box. These two tab sync extensions worked best for me and they have a lot of settings to tweak. Test them out and let me know how it went in the comment section down below.