Here’s a list of 4 voice calling apps for Android which you can use to call people using your smartphone or tablet without incurring large cellphone bills. Most of these app are very popular, but I decided to cover them for all those who might not know about apps like Viber, Skype, and more, but who would like to talk for free and without paying large sums of money other than money spent on Wifi or 3G, which is a requisite for these apps. 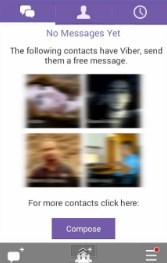 Viber will find which one of your friends also uses it by going over numbers from your contacts app, and also by connecting to Facebook and checking there if you allow it of course. Next to messaging with photo support, voice calling there are also group chats for up to 100 participants. Desktop Viber apps are available for Windows and Mac so if you want to use it on your laptop or desktop at home, you can. 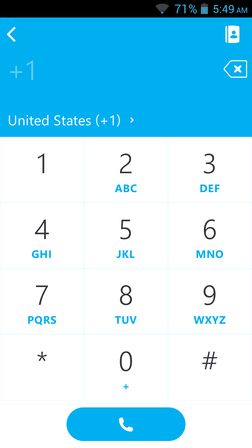 I said that Viber is the most popular voice calling app, but Skype is also somewhere up there, trailing close behind on second place. Skype is available for Linux, Windows, Mac and of course it’s also on Android.

Skype has voice calls, video calls, text chats, file sharing, and the best part it all works across devices, meaning you can communicate with people using the desktop app from your phone and vice versa.

Also have a look at Surprise Friends With Funny Voice Effects During Voice Call On Skype. 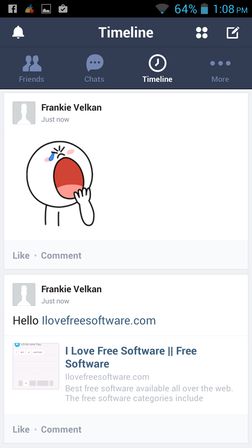 LINE is another voice calling app that has it all. Next to voice calls it also comes with video calls, text messages and it all runs via WiFi, to save you money on your cell phone plan.

LINE is also cross-platform, it’s available on iPhone, PC, tablets and more. Accounts have to be registered to use the app, and it can also sync up with your cell phone number to check which one of your contacts also uses LINE, but unlike with Viber, this isn’t a pre-requisite to use LINE. LINE has a social component to it, allowing you to post status updates to a timeline for your friends to see. 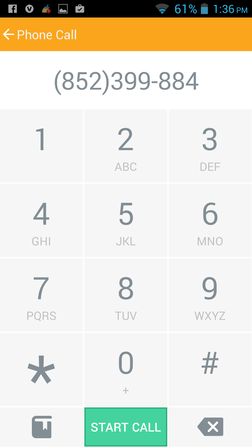 As you can see from its name, ooVoo once again has everything you need, video calls, voice calls, texts and over 90 million people who use it.

It’s not a requirement, but ooVoo can also connect with your phone number and check which one of your contacts uses the app. It’s also possible to invite contacts from Facebook, Twitter, email to join ooVoo and be your friends there also. App supports group chats of up to 12 users.

All four of the apps mentioned on the image above have their advantage and disadvantages. I for example, use Skype because it practically works on every platform out there. You might use something else like Viber. Let me know what works best for you in comments down below.