Here’s a list of 4 motion detector apps for Android which you can use to turn your Android devices into a motion detection powered surveillance system. Even though using your spare tablet, for example, isn’t practical way of how to protect your home, it can still be used to find out who keeps entering your room without your permission or something else along these lines.

Let’s see what’s kind of apps are available and how they work exactly. 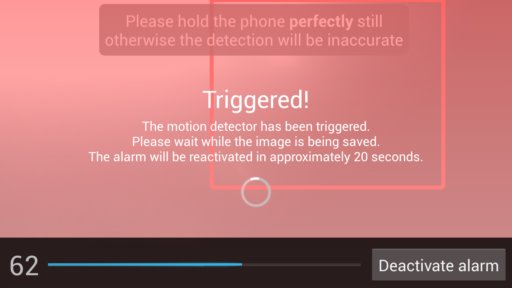 Motion Detector Pro comes with lots of interesting features. You can see the main one on the image down below.

App uses your devices cameras (both front or back) to monitor a certain area. After a motion is detected a picture is taken and uploaded to an online image host (internet connection is required of course). Once the upload finishes image link is sent either via SMS or email to you. This way you’re always kept informed on what’s going on wherever it is that you’ve setup Motion Detector Pro. Lots of other cool features can be found. For example stealth mode is available which turns off Motion Detection Pro if someone picks up and starts playing with the phone (or tablet) that’s setup as a surveillance device. 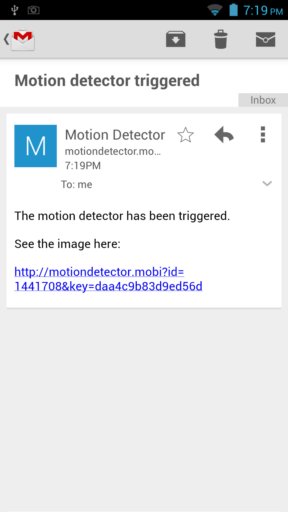 You can see how a sent email looks like on the image above. Images are uploaded online and you’re given a link. Copy of the images is also saved on the device. Apart from motion detection and SMS/email notifications, app doesn’t offer any kind of more advanced features. Once you activate the motion detection from the main menu, the entire screen shows what the camera sees and nothing else.

Get Motion Detector by MVA. 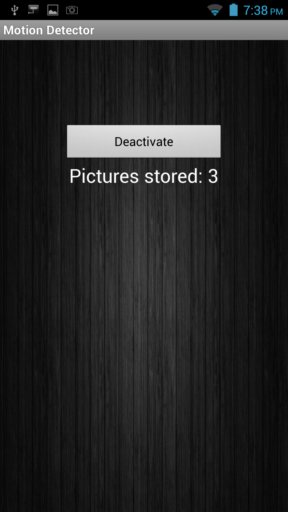 The app doesn’t support emails or text messaging, it can only create images once motion is detected in front of the camera. Like you can see from the image above, the app doesn’t even have camera preview. Only a counter is showed with the number of images which were taken up until that point in time. By opening up settings you can tweak things like the motion detector sensitivity, delay, resolution, etc. When the app is in standby mode, it can be minimized to the system tray.

Get Motion Detector by dNT. 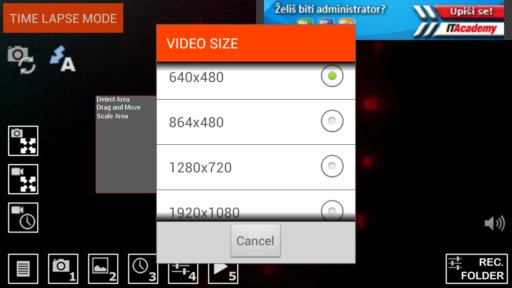 Camera Trigger (Motion Detect) is the last app on our list and you could say that we saved the best for last.

Are you wondering what makes it so special? Well for starters it lets you record both video and images. Dropbox upload, email notifications, time lapse mode and of course high configurability are all included features of Camera Trigger. Interface is nicely designed with clear overview over all the functionalities.