Kaleidoscope by Resonos will create live kaleidoscope effects on your screen and it will do this in several different ways. 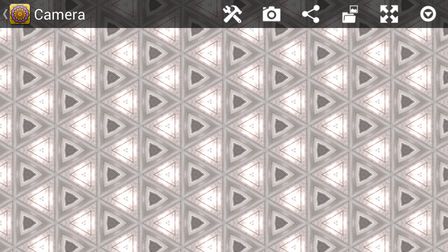 It can load images from the gallery and use them as a pattern, it has it’s own custom made patterns that you can use, or you can set it to use light coming in through the camera to create kaleidoscope effects. Effects can be saved as still images or animated. Use the toolbar in the top right corner to tweak everything. 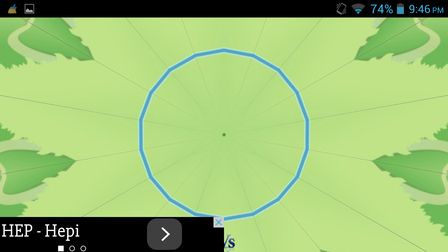 It creates the effects randomly, each tap on the screen will create a different effect. App is very simple, there’s no menus, you see kaleidoscope effects right away after running the app. They take up the whole screen, with the exception of the ad, which is a bit of a drawback.

Also have a look at PicsArt Kaleidoscope App for Android. 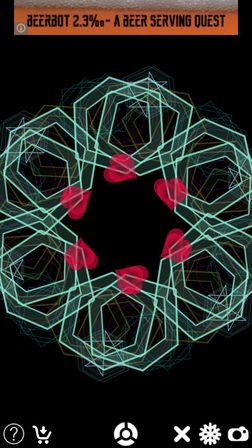 The app starts off with a blank screen. By tapping on the screen you add points from where kaleidoscope effects start spreading throughout the screen. Each tap on the screen adds a new shape to the mix, pebbles, rocks, hearts, various geometric shapes, all the things you would see in an actual kaleidoscope app.

Kaleidoscope Pro will create kaleidoscope effects around the taps, swipes and even G-sensor shifts that it detects. 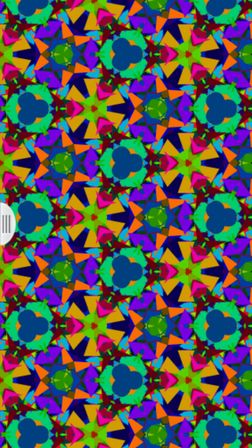 Kaleidoscope Pro is also simple in a way that it has no menus, nothing to weak. It will start animating the effects on the screen as soon as you start moving your phone around or if not that, then definitely after you’ve tapped or swiped on the screen.

Also have a look at Android Fashion App: Fashion Kaleidoscope.

Picasso is a kaleidoscope app where again we get a degree of interactivity. This is actually a painting app that focuses entirely on creating kaleidoscope forms and effects. 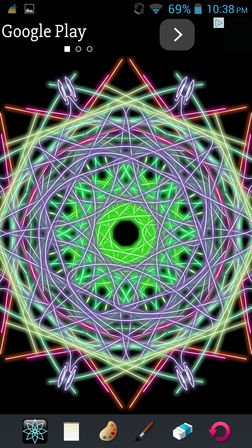 Canvas is completely black. As you start tapping and swiping on the screen, meaning drawing, the app will create symmetrical shapes throughout the rest of the canvas. That’s what’s gonna create the kaleidoscope effects, which can be seen on the image above.

Picking a favorite from the list above is very difficult because all the apps are fun, each in their own way. Some of them have more features, like Kaleidoscope by Resonos and Picasso. Others are very fun even though they are quite simplistic, Alive Kaleidoscope for example. Give them all a try and let me know what you think in comments down below.