The first currency converter extension that we’re gonna be talking about is called “Currency Converter” which seems fitting, considering that it converts currency. 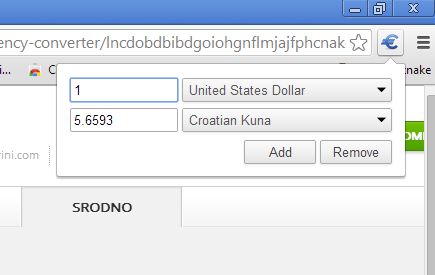 Over 150 world currencies are supported, and you can convert up to 15 currencies at once. New ones can be added by clicking on the Add button, see image above. Currency exchange rate is fetched from the Yahoo Finance website. Conversion takes place as soon as you type in the values. 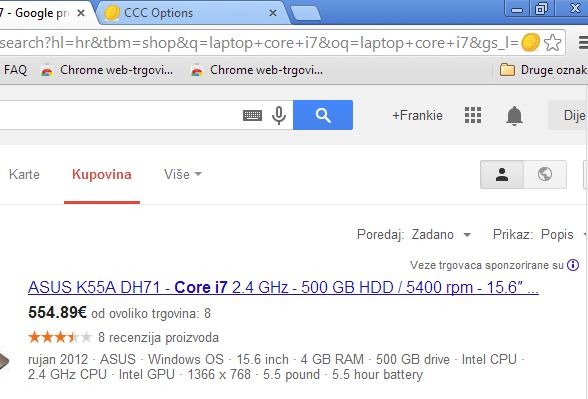 As you can see on the image above, Chrome Currency Converter can be used to convert prices automatically, right away on the page. It will detect numbers which are in the vicinity of currency symbols and automatically convert them for you. Manual conversion is also possible using the Mini Converter feature. 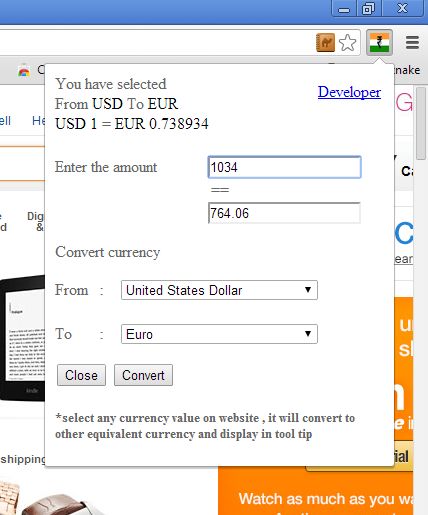 To convert currencies, you just need to click on the extension icon from the top right corner and there type in the values and the currencies that you want to see converted (to and from).

Automatic conversion is also available. You just need to hover over prices on websites and they are gonna be converted as a tooltip or right away on the website, depending on how you configure the extension.

Now unlike all the currency converter extensions that we’ve talked about until now, Currency Converter Chart is aimed more at those users who would like to know what the current currency exchange rates are. 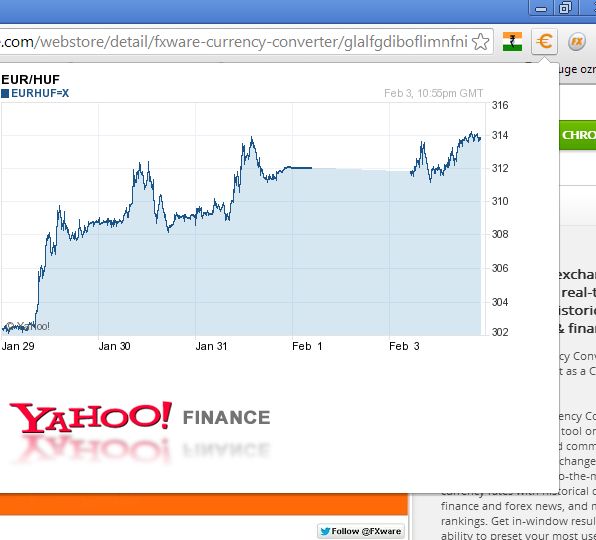 Conversion can be setup manually if you right click on the extensions’ top right corner icon and select Options.

We’re finishing off our list with yet another simple converter which supports all of the major world currencies and even some obsolete currencies, which are no longer being used, like the Deutsch Mark. 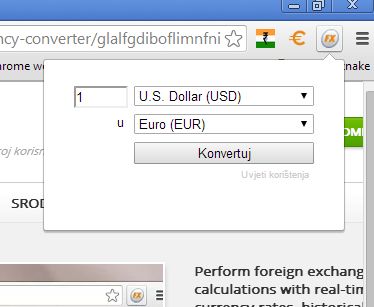 On top of being able to exchange currencies, FXware also supports precious metals like gold, silver and platinum.

All of these extensions are very useful, and which one you’re gonna pick depends on what you’re after. We liked the Currency Converter extension, the third one from the top. Try them out and let us know which one you think is best.