GooPatient is a program which allows a person to maintain medical records of multiple people on the computer in a safe and secure format. The name might not conjure up pretty imagery, but the software seems promising. 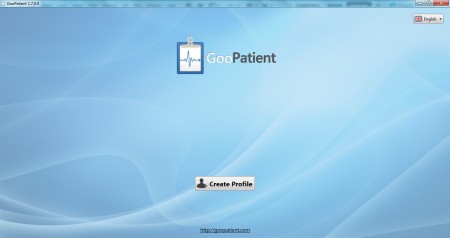 The application boasts of a number of features that are quite commendable. First and foremost is the ability to make a medical card which contains all pertinent information about the person. This can include allergies, medications, immunization vaccines, any serious medical conditions that the person might have had, doctor information etc. This can come in extremely handy to doctors or physicians in case an accurate medical history is not available. This medical card can act as a ready reckoner.

The card, or patient file, can also contain lab tests that have been conducted and the results. Other than this, a person can choose to upload daily history and use hashtags to indicate medical terms such as diseases, medicines and symptoms. So, anyone who’s familiar with the now ubiquitous Twitter should have absolutely no problems using this application. Adding health records is simple and users can specify starting and ending dates. The user can also include lab tests and reports of the various tests that were conducted for that medical symptom during the specified period. The application also allows the user to include photographs of visible symptoms through a webcam so that even if the symptoms disappeared, the doctor can refer to the pictures to get a better idea of what might have caused it.

Obviously, this can also be used to include pictures of reports in case one doesn’t wish to type it all out. There’s also the chance that something might be omitted while typing. X-ray reports, etc. can also be added to a particular person’s file. The application also allows more than one person’s records to be stored. So, an entire family’s medical record can be stored by the application. 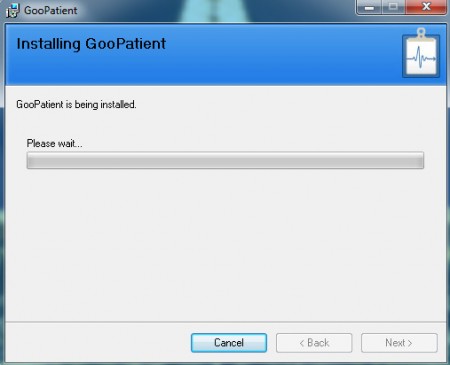 The file isn’t very large (just over 4 MB) and downloading takes less than a minute on a standard broadband connection. Installation was done on an Intel Core2Duo processor running Windows 7 32-bit and was done in a jiffy. It can also be installed on lower version of Windows. The application can be downloaded here.

The program has a very pleasant interface and is really easy to work with. All the fonts and buttons are clean and large and easily readable. This makes for a very nice experience overall. The application works smoothly enough and no hassles were encountered during the course of this review. The program is also light on resources and doesn’t put much strain on the system. All the buttons and controls are exactly where one would expect them to be. 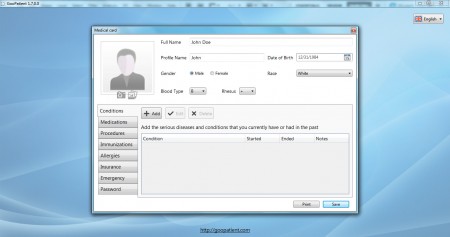 There aren’t too many programs of this kind available on the internet and this makes a great case for itself with its easy-to-use interface, simple working and plethora of features. All in all, GooPatient is a good program to have and a necessary one too.