This iPad NASA app displays all the information in a well organized format. Categories in the app include NASA images, news, NASA TV, videos, tweets, and featured. Moreover, the app lets you listen to NASA radio on iPad. Place all the NASA centers on world map. You can even go through NASA’s launch schedule. 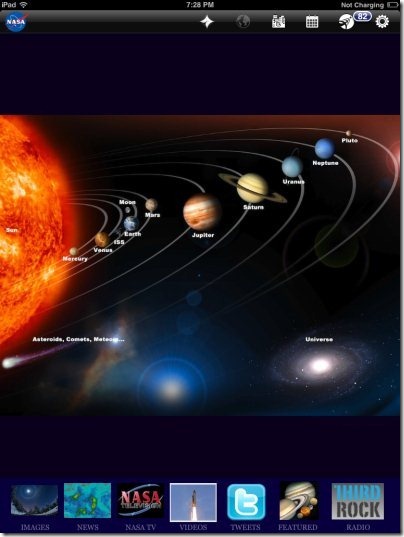 This official NASA app is similar to official NASA app for Android, yet this iPad app works better than Android app. The iPad app contains more smart options to explore NASA on iPad. The app is best for reading NASA news. It lets you read all the updated NASA news with the help of images to make the news more fun to read. Another good part of this iPad app is its launch services. You can easily check out the overview, ELV missions future, ELV missions past, launch vehicles, and launch sites.

The main home page of this official NASA app lets you track satellites orbiting earth. You can get full overview about different satellites with the help of images too. The app allows you to watch related videos which makes the app more advanced. The app smartly displays the information on each planet revolving around Sun.

Students who are going through astronomy studies should use this app to get information on planets anytime. Share the NASA information via Facebook, Twitter, Email. Give the print command from the app itself to get the print out of NASA news or any other information which you are browsing in the app. 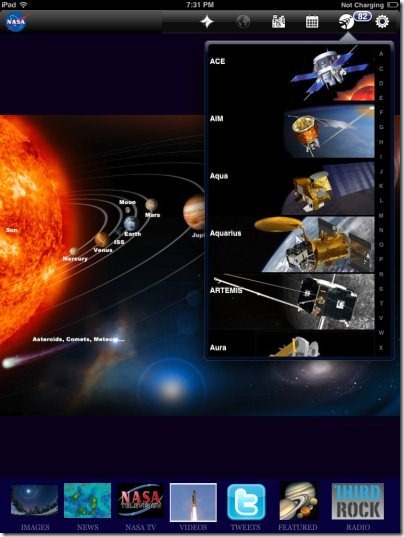 But, sadly it took me so much of time to explore the app options to understand the app in a better way. I would recommend to the app developers to label all the options as to make the interface easier to understand.

Click here to download and install official NASA app from Apple App Store. You can even scan the QR Code below and download the app directly on your iPad. 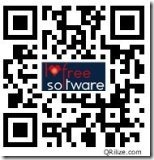 Get this official NASA app and get updated NASA news and other information right on your iPad. If you are really crazy about NASA or you are doing astrological studies, then this iPad NASA app is one of the best app to install on iPad.