Here’s a list of 5 draw on sand apps for Android which you can use to draw on sand using your Android smartphone of tablet. Even though the summer is coming and it would make much more sense to visit the beach and draw on sand there, if you’re not able to do that why not simulate sand on your phone or tablet and draw in it there. It doesn’t come close to the real thing, but it’s better than nothing, plus you get to enjoy in nice looking sand drawings that you made.

Lets look at the apps we found in Google play store. 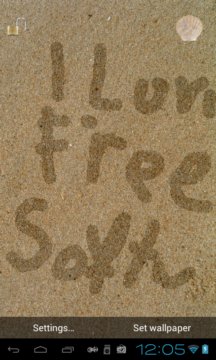 Draw on sand is a simple draw on sand app for Android where you can create drawings and set them as a live wallpaper background straight from the app.

When you run the app, you’ll be offered to start creating a new drawing from a very simple menu where the only other option is for exiting the app. Once that the drawing is finished, use the Set wallpaper button to set it as a live wallpaper background for your device.

Get Draw on sand. 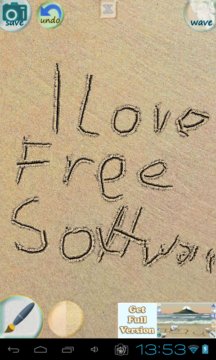 Sand Draw Free is a much more impressive draw on sand app where you get a lot more settings and options that you can tweak.

First you are offered with a selection of 4 different types of sand that you can use. Additional ones are also available, 12 in total, but they have to be bought. Another thing that the app lets you change are the objects with which you draw. You can use fingers, shells, rocks and more. Created drawing can be saved as an image by tapping on the Save button in the top left corner. 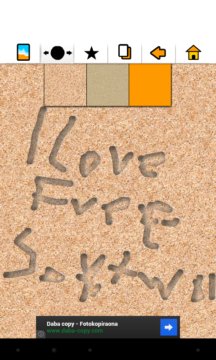 Using the toolbar at the top you can change the thickness of the lines, select different shapes that are gonna be applied to the sand (geometrical shapes, boats, houses, hands, feet and more). Color of the sand is also something that can be changed. If you wanna start fresh, just call in the waves and they’re gonna revert back the sand so you can start drawing from scratch. 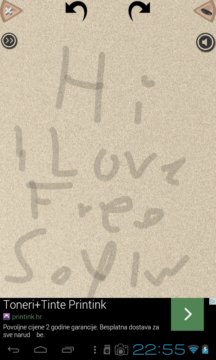 Sand Writing doesn’t build up on the increasing improvements in features that we had with apps on this list up until now. It’s a simpler draw on sand app, but it’s still quite useful.

You can change sand color, select a different object with which you draw in sand (only two available) and there’s background music playing the entire time that you’re using the app. 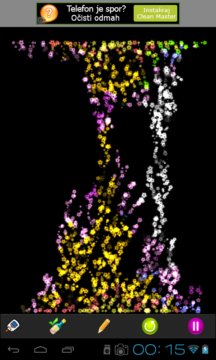 Kids Sand Draw isn’t the typical draw on sand app that we’ve been trying out until now.

Instead of drawing in the sand, you draw with the sand. You’re given glue and then different types of sand which you glue to the canvas. Arrange the color and the position of your sand to create cool looking sandy photos.

Even though we had fun using all the draw on sand apps mentioned above, if we have to pick a favorite Sand Drawing Free would have to be it. If you don’t agree try some of the other apps and leave a comment down below on which one you think is the best.