Note: This app doesn’t exist anymore. We recommend you to use any of these typing games instead.

Step 4: Launch the app on your Android phone. 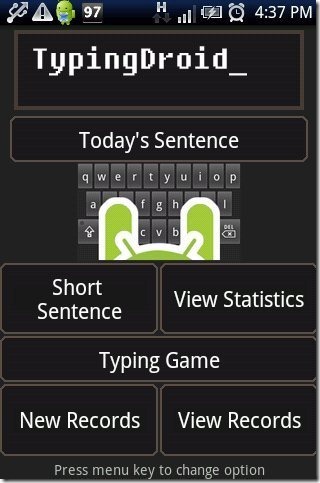 Also, check out how to automatically forward SMS from Android reviewed by us.

This is how you can increase typing speed on your Android phone. This typing app is really a great and one of the most installed apps in Android Market to increase typing on Android. Apart from learning typing, the app also allows you to view your statistics and any new records that you have made through this typing tutor app. Also, all the setting options of the app can be easily customized.

Just learn and increasing your typing speed without spending your money on purchasing a typing tutorial. Bring an intelligent tutorial right at your home for free.