You can schedule a single message for all your Twitter and Facebook accounts, like it is possible with other tools to update status on multiple social networks. Later Bro is a handy service because unlike similar tools, it allows you to update, both Facebook and Twitter. 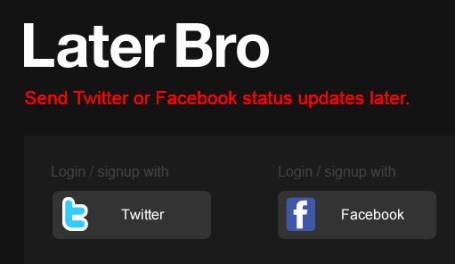 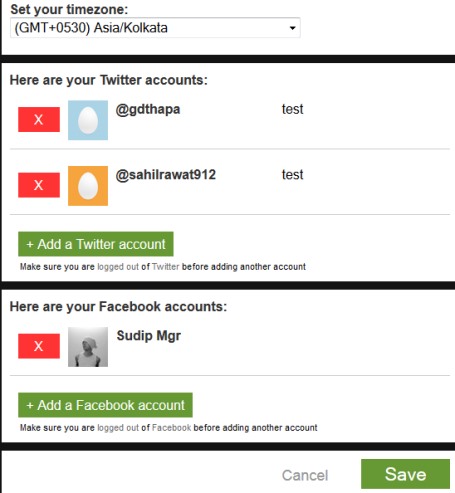 Now you can write the message that you want to post to your added accounts. You can even add any website URL to message and Later Bro lets you shrink that URL. Shrinking a URL is also important when you are scheduling message for Twitter, as Twitter is limited to only 140 characters.

Write the message, and at the bottom part of text box, you can select date and time for scheduling message. After selecting the date & time, select accounts for which you have to schedule tweets/messages. 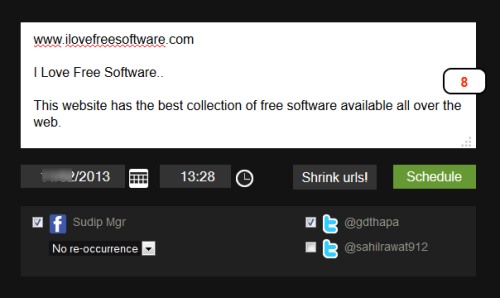 That’s all you need to do and you will be able to schedule message. In the similar way, schedule multiple messages for all your Twitter and Facebook accounts.

Later Bro is a nice service and the best part is that multiple Twitter and Facebook accounts can be added or removed anytime. But unfortunately, it doesn’t provide option to schedule messages for other social networks. Still it is worthy to use and you can give a try to it.