Here’s a list of 5 free offline scientific calculator apps for Chrome which can be used without having an active internet connection. Internet unfortunately isn’t available everywhere, which means that if you have Chrome packed with apps that require an active internet connection, you won’t be able to use them. For these reasons we decided to look only for offline scientific calculator apps, the ones that can works even if you’re not connected to the web.

Here’s what we found in the Chrome webstore. 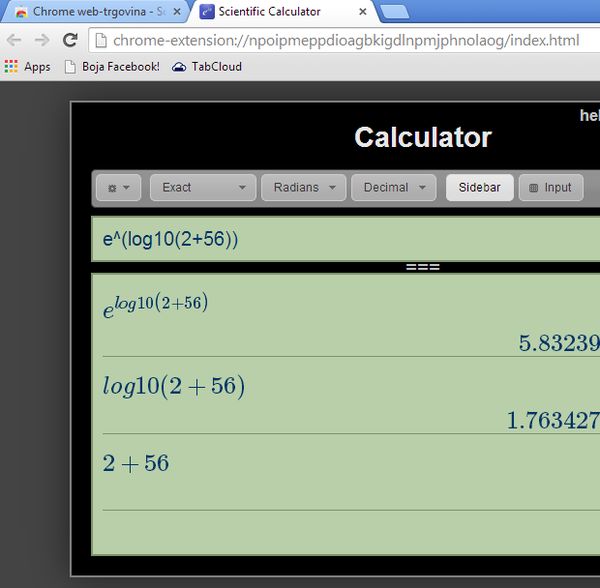 First app that we’re gonna be talking about is called Scientific Calculator. Its name is pretty much a standard, but what’s not standard is the app.

Interface might look a bit simplistic at first. If you click on the “Sidebar” button from the top toolbar, a classic calculator dial is revealed in the left sidebar where options for setting up advanced mathematical operations are hidden. Some of those options include complex numbers, matrices and vector operations, support from programming and scripts, etc. 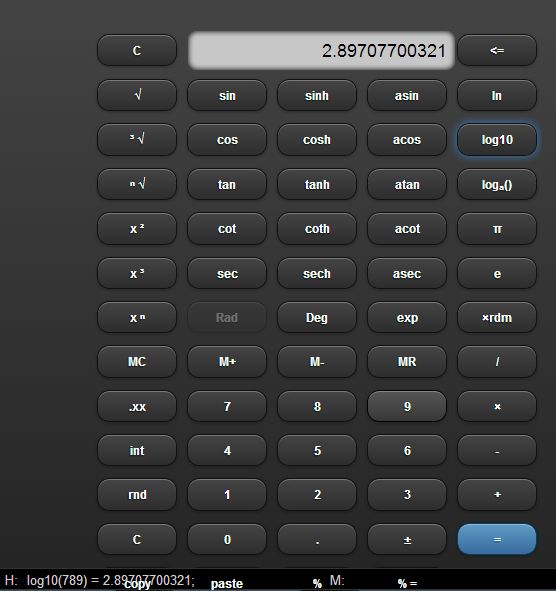 Next app on our list is called Calculator, just that, nothing else. Even though it doesn’t have “scientific” in its name, we still think it can be useful when you need help solving math problems.

This offline scientific calculator has a very nice UI design. It runs in a standalone window, not inside a tab. All the standard functions are there, trigonometry, logarithms, equations, exponents, etc. Results are showed in a dial at the top, but a more advanced form of results can be found at the bottom. 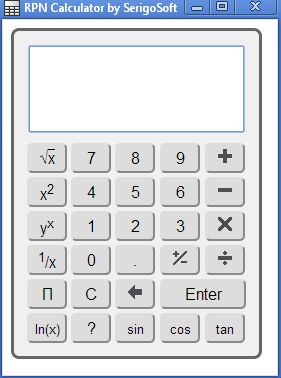 RPN Calculator can’t technically be called a scientific calculator, but we included it on our list because it’s a nice looking offline calculator extension.

Basic mathematical operations are available, but if you need a lightweight app, that’s not as complex as the previous two, then RPN is for you. Since it’s so small, it won’t spend as much system resources as the previous two will. 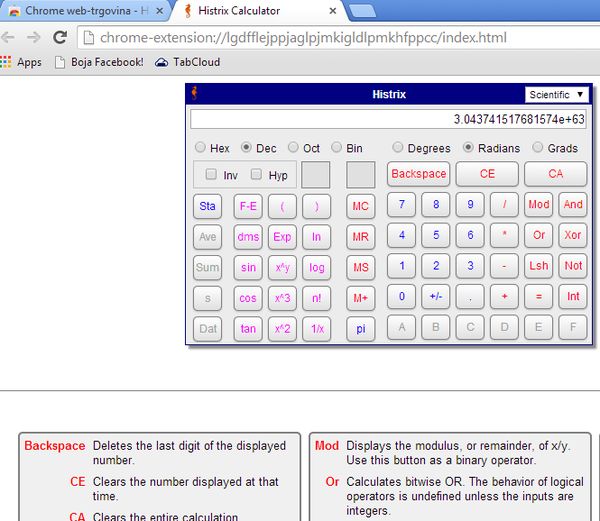 Histrix Calculator is an offline scientific calculator for Chrombook users who have grown accustomed to using Windows’ built-in calculator for their computational needs.

Scientific Calculator, the very first app from the list is a winner in our opinion, if we have to pick an offline scientific calculator extension for Chrome that we think is the best. It has the most advanced features, and a lovely interface design. For something simpler, use Histrix, and for something even more simpler, go with RPN Calculator. Calculator, the second app from the list is a mix between Scientific Calculator and Histrix, which is also very interesting. Try them all and let us know which one you think is the best by leaving a comment down below.