Here’s a list of 5 jigsaw puzzle game apps for Android. Great thing about Android phones is that we can use them for pretty much everything, for phone calls, sending text, taking photos, browsing the web, and of course, playing games. Before we can play games and have fun, we need to know which games are good because there’s a lot of them available for Android. Jigsaws are a lot of fun to play, both on phones/tablet and when playing with friends, especially when playing with friends.

If you’re stuck with Android and some jigsaw Android picks then go through these apps we found for you. 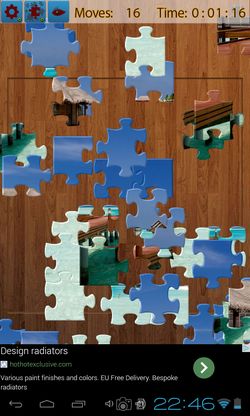 Jigsaw Puzzles is an app that lets you solve jigsaw puzzles on your Android powered smartphones or tablets. Several dozens of images are available for you to break up and solve.

Selected image can be broken up into a minimum of 9 to a maximum of 1024 pieces. There’s two categories of images that are available by default, animals and natural sights. App works great on Android, fluently, doesn’t freeze up, in spite having breathtaking graphics.

Get Jigsaw Puzzles by Titan Inc. 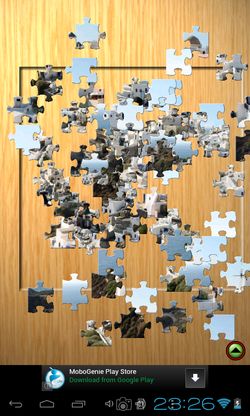 Jigsaw Puzzle is puzzle game app for Android that has a much cleaner interface than the previously mentioned Jigsaw Puzzles app. Layout of the puzzles has been setup in a way so that everything can be seen more easily.

Size of the puzzle can go up to 400 pieces, but it depends on the size of your screen and free version only supports puzzles up to 81 pieces in size. Free version of the app also comes with only a dozen of images that you can use.

Get Jigsaw Puzzle by Critical Hit. 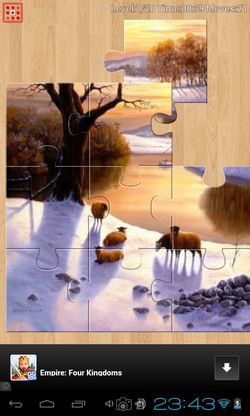 Jigsaw Puzzles is a very small and lightweight puzzle game that has a lot of interesting features. Like for example you can use your own images as a puzzle.

It comes with its own stock images that you can use, see image above. This free jigsaw puzzle game app doesn’t stop there. Next to the classic jigsaw game mode, it offers three additional ones with different puzzle shapes.

Get Jigsaw Puzzles by Yojigsaw. 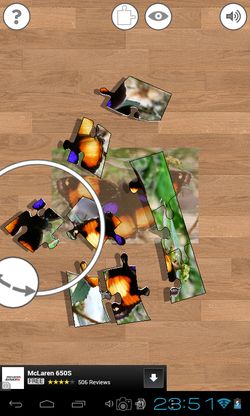 All the jigsaw puzzle game apps that we mentioned until now have one thing missing, they don’t have 3D effects.

Luckily Jigsaw Puzzles Deluxe has us covered there. As soon as you run this app, you’ll be offered with images from Flickr, and you’ll be asked to set the difficulty level. To solve the puzzle you need to rotate the puzzles, move them around. Do all that with 3D effects. 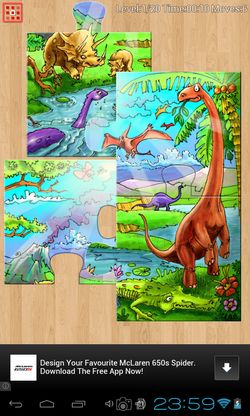 We can’t have a list of jigsaw puzzle game apps without mentioning one for kids, the ones that need it the most.

Kids Jigsaw Puzzles is a jigsaw game made by Yojigsaw, the same publisher that made Jigsaw Puzzles, the third app from the list. Because of this everything is pretty much the same. Difficulties have been decreased though, and of course images have children themes. You can add your own images, or find new ones on the web.

All these jigsaw puzzles game apps are all amazing, so it’s hard for us to pick one as a winner. Jigsaw Puzzles Deluxe impressed us with its effects, but other are also equally as good, what do you think? Leave comments down below.