Here’s a list of 5 SMS backup apps for Android. Saving important info into SMS messages is something that most of us are doing. It’s convenient, fast and accessible, especially if we receive info via SMS, but it does have its disadvantages. Messages can be deleted by accident, they are all lost if we decide to switch phones, etc. Backups are a life saver in these types of situations. Here are Android apps that can help you do that, backup SMS.

SMS Backup+ will create SMS backups and store them into your Google account. That’s why the app requires the user to connect with their Google account. Once you’ve signed in with Google, you’ll be able to tap on the backup button and the app will create a backup of your text messages. 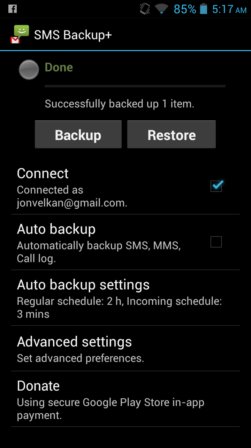 It’s possible to setup automatic backups every couple of hours or in case new messages are received. It’s not just SMS that gets backed up, MMS and call logs are also saved. To restore created backups (on a different device) just login with your Google account and click on the restore button.

SMS Backup & Restore lets you create both local and online SMS backups. To save them online, you’ll need to sign in with either Google Drive, Dropbox or email. 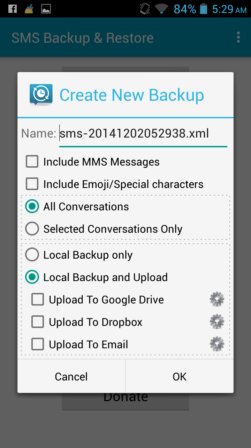 Default format that’s used for backups is XML and it can even be restored using other SMS backup apps but only if you decide not to include MMS messages and emojis. By including these two in the backup, different formatting is used which is unreadable by other apps. Selective backups of only messages that you choose is possible.

Also have a look at SMS Backup and Restore App for Android.

Super Backup : SMS & Contacts is going to be interesting to you because it doesn’t just backup SMS, but also apps, contacts, call logs, calender and browser bookmarks. 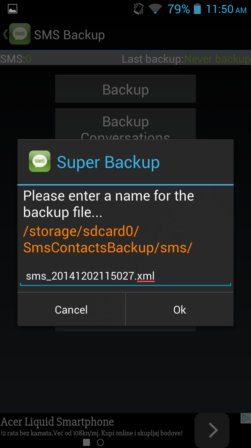 Local bookmarks are made either in XML or VCFS format, depending on what it is you’re backing up. It also possible to setup automatic backups, save backups online to Google Drive or Gmail and more.

SMS Backup is a very simple SMS backup app, very similar to SMS Backup+. Backups are going to be saved to your Gmail account. 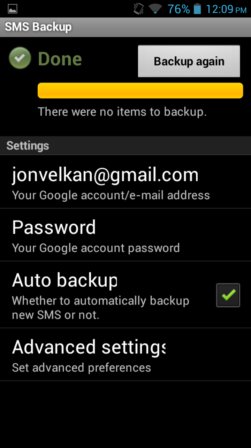 Because backups are made only to Gmail, you need to login with a Gmail account otherwise backups can’t be initiated. Automatic backups can be setup every time that a text message arrives.

Also have a look at Android SMS Backup + App: Backup SMS And Call Logs On Android.

SMS Backup & Restore by MDroid Apps lets you backup your SMS to the SD Card or online to Gmail or Dropbox. 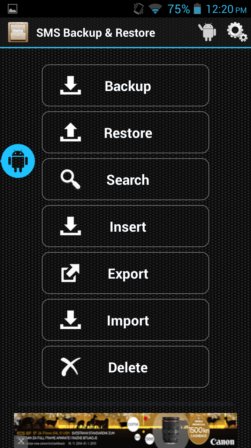 From the apps mentioned above I recommend you give Super Backup a try, because it has the most features, but you can’t go wrong no matter which app you choose because they all worked great. Let me know which one worked the best for you in comments down below.