Here’s a list of 5 contact backup apps for Android which you can use to backup contacts that you have saved on your Android device. Losing contact information is very annoying. People usually make the mistake of saving contacts into their phone, not their SIM cards, so when they switch phones, they lose their contact information. A backup app can help you keep backups so you don’t lose important contact info ever again.

Let’s look at these apps one by one. 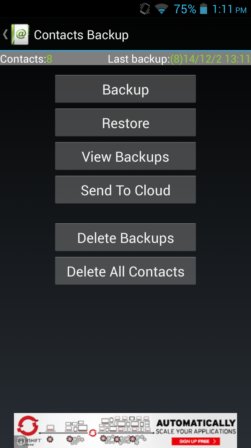 By default backups are saved to the SD card, but once that a backup has been made you’ll be given an option to upload it to Google Drive or your Gmail account for safe keeping. Format used for contact backups is VCF. 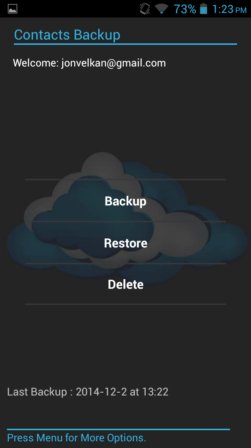 Contacts are saved to the cloud server of the app itself. That’s from where they can also be restored. If you switch to a new device or you lose contacts for some reason, just login to your Contacts Backup account and tap on restore.

Also have a look at How To Backup Contacts, Messages And Call Logs On Android. 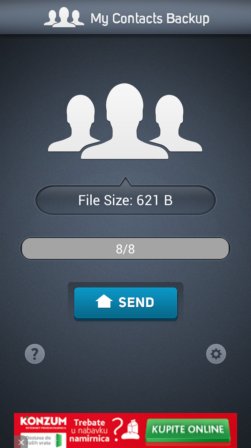 MCBackup has a very intuitive interface where backups are created in just one tap.

First you’ll see number of contacts listed on the app screen with a Backup button directly underneath it. Once the backup is created, Backup button changes to Send button. Send button allows you to send the created backup either via email, Gmail, SMS, MMS or to save it to the SD card. Backups are saved in VCF format.

Get MCBackup – My Contacts Backup. 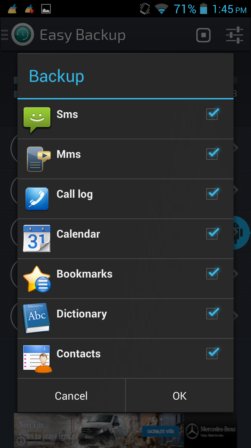 Easy Backup & Restore will create backups of the entire phone, not just the contacts, but the app can be used to only backup contacts.

Everything that can be backed up can be seen on the image above, the list is quite extensive. To only backup contacts, make sure to only put a check mark next to the Contact option at the bottom of the list. Backup is possible to SD card, Gmail, Dropbox, Google Drive and One Drive.

Also have a look at Backup Android Data in Cloud: Contacts, Messages, Documents. 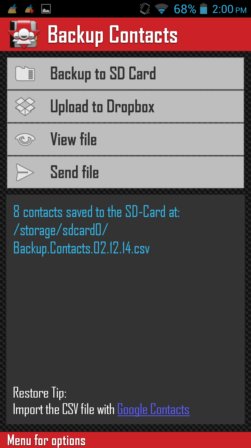 Backup Contacts is the complete opposite of Easy Backup & Restore. It’s simple, it will create a backup of contacts to the SD card and then offer you to upload the backup to Dropbox or send it via email/Gmail.

App interface is simple and easy to navigate, as you can see from the image above.

I have three favorites out of the contact management apps mentioned on the list above. They are Backup Contacts, MCBackup and Easy Backup & Restore. Try them and let me know what you think in comments down below.