Here’s a list of 5 DOCX viewer apps for Android which can be used to open and view DOCX documents. For those who haven’t heard about DOCX, it’s the document format used by Microsoft Office, but only version 2007 and newer. Apps from the list down below will help you open up, read and in case of some of the apps, even edit Word documents on your Android powered tablet or smartphone. Dozens of DOCX viewer apps are available in the Play Store.

These 5 impressed me the most, so let’s see how they work exactly. 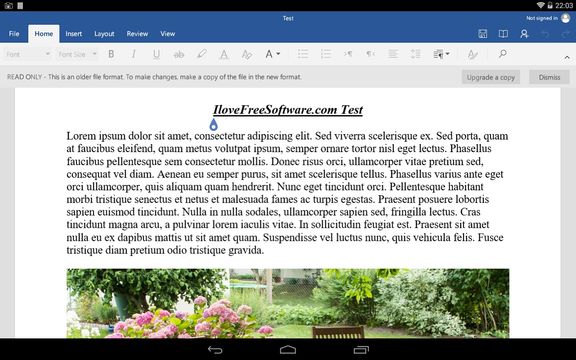 First app that I’m mentioning is Microsoft Word, released by Microsoft themselves. It’s a slimmed down version of the desktop application, but it has everything you need for some quick on the fly reading and even editing.

Yep, this app has quite an extensive selection of tools for tweaking fonts, formatting, adding images, tables, shapes, you name it. Formatting and layout of the test document I created in the desktop application were preserved, see image above. App is a bit bulkier (close to 70MB), but it has everything needed for DOCX document management. 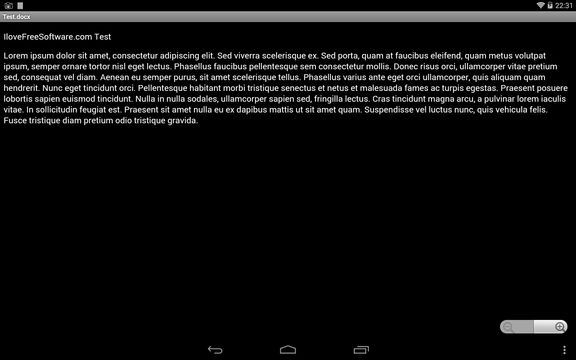 I started this list as a list of 5 DOCX viewer apps for Android so it makes sense that I talk about DOCX viewers, not viewers/editor.

Unlike the clunky (but feature rich) Microsoft Word, Basic DOCX Reader is a simplistic, small in size (couple of MB) and lightweight DOCX viewer app. It will strip down all formatting from DOCX documents leaving only a black background with the text of the selected document. Colors can be inverted if you want.

Also, have a look at Word Reader: Free Word Viewer for Doc and Docx Files. 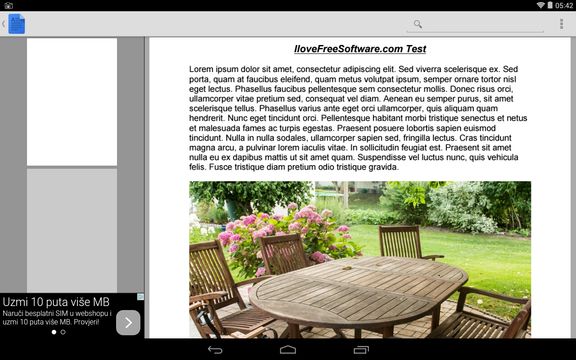 Docs Viewer is a document viewer that’s small like Basic DOCX Reader, but with a couple of important differences.

First thing you’ll notice is that it preserves formatting, and doesn’t remove images. Something that you won’t notice is the fact that Docs Viewer has support for lots of additional formats, next to DOCX. It can open RTF, PDF, ODT, PPT, XLS, DOC, SVG, TIFF and more. This is only a viewer, editing isn’t available. 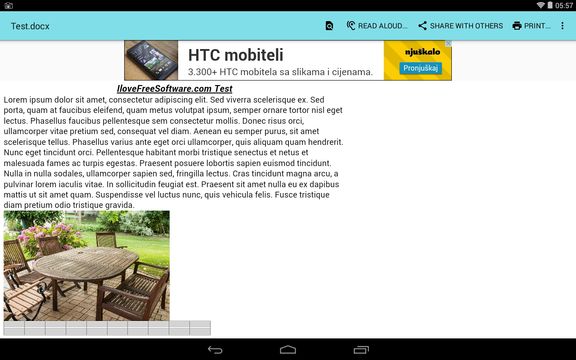 Office Documents Viewer (Free) is another simplistic DOCX viewer app. It will also preserve formatting, but notice that images and tables are made smaller by the app, which is a bit of a drawback.

Also, have a look at Free Docx Viewer to View Docx Files without Microsoft Word. 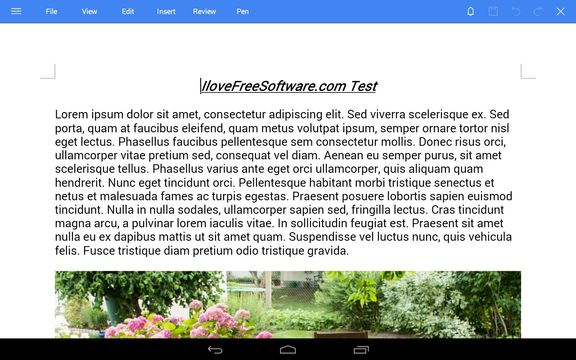 WPS Office is another DOCX viewer/editor combo, created by Kingsoft, the same team of developers that’s behind the famous Kingsoft Office for desktop.

WPS Office is three times smaller than Microsoft Word, the first app from the list, coming in at around 20MB. This makes it perfect for people with limited storage. Toolbox offers pretty much the same selection of tools for tweaking fonts, formatting, inserting objects, etc. WPS Office has a simpler interface than Microsoft Word, which I like, and it also supports other types of documents from Microsoft Office, plus PDFs.

Out of the 5 DOCX viewer apps from the list above WPS Office and Docs Viewer impressed me the most. WPS Office is advanced, has a built-in editor and has support for PDF and other Microsoft Office documents. Docs Viewer on the other hand is simple, has proper document rendering and it’s only a couple of MB big. Leave a comment down below and let me know what you think.