Here’s a list of 5 bitcoin wallet extensions for Google Chrome. Bitcoin is one of the most popular cryto-currencies that’s all the rage nowadays. It’s first and foremost feature is security and privacy. All transactions made with bitcoins are as secure as financial transactions will ever be. All transactions are encrypted hence the name “crypto-currency”. Even though bitcoin is super secure and safe, you’re still gonna need a wallet in order to store them. Let’s see what Chrome Webstore has to offer.

KryptoKit Bitcoin Wallet is not just a bitcoin wallet extension, it can also be used as an aid in encrypted communication, as a bitcoin related news feed and also a bitcoin shopping guide. 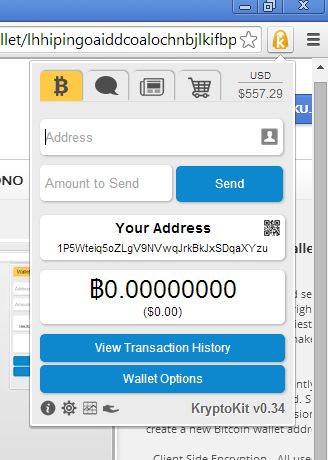 You can switch between previously mentioned options by clicking on the four tabs in the top left corner of the extension pop-up. To receive bitcoins, just give people your address. Address is generated randomly with mouse movements for extra security. 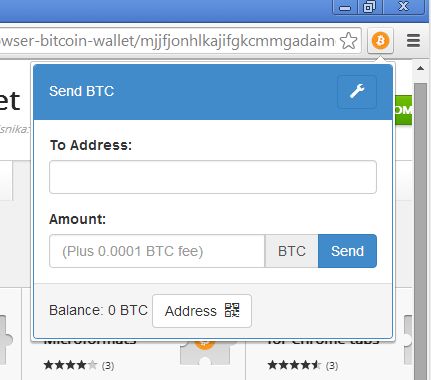 Instead of having a lot of additional features, BitBrowser only has the ability to receive and send bitcoins. Bulk of the pop-up interface is reserved for controls for sending bitcoins (top). Click on the Address button to find out your bitcoin address (bottom). It’s generated automatically.

Pheeva Bitcoin Wallet is focused a bit more on security. Bitcoin wallets created with Pheeva are gonna be both password protected and PIN protected on top of giving you all the security and anonymity of using Bitcoins. 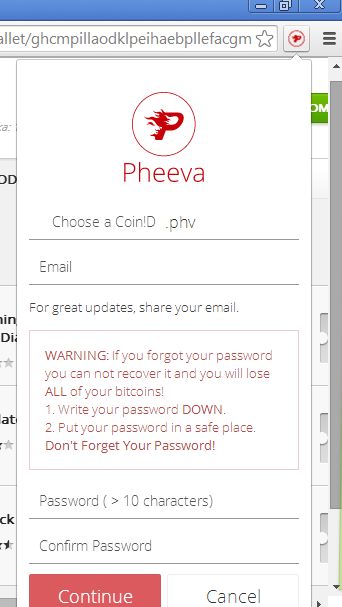 After registering an account and logging in, you will see you Bitcoin balance and controls for sending and receiving bitcoin. They are similar to the previous two bitcoin extensions that we talked about, the only difference being that wallets are password protected. They can also be exported and .phev files and imported elsewhere.

Bitcoin Browser Wallet is another secure bitcoin wallet where in order to generate a bitcoin address you first have to type in a password. 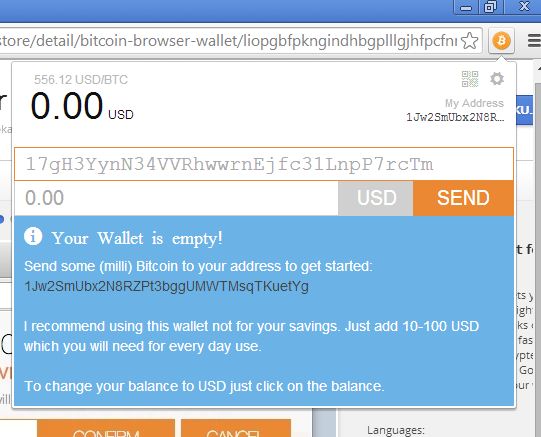 With the password typed in, you’ll get your bitcoin address and the only thing that’s left after that is for you to fill up your wallet and start spending your hard earned bitcoins. 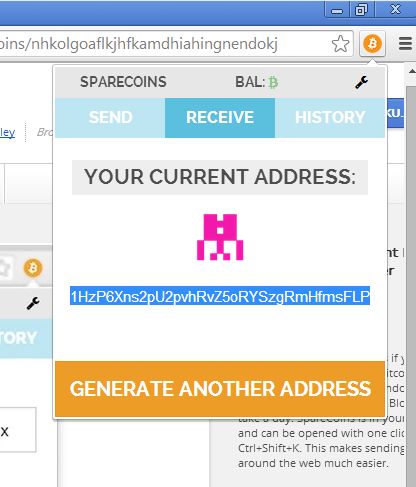 To create a bitcoin address, you’ll again have to type in a password. Password is required for generating your bitcoin address, for its encryption to be more precise. Wallet can be accessed by clicking on its icon in the top right corner. Next to being able to send and receive bitcoins, SpareCoins also allows you to keep track of transaction history.

If you’re interested in a bit more advanced features for your bitcoin wallet extension, then we suggest that you give KryptoKit a try. Others who are only looking for simplicity can use SpareCoins or BitBrowser. All in all, they are all very useful, and with them you’ll be able to receive and spend your bitcoins easily from the comforts of Google Chrome. Leave comments down below.