Longbow, is a free Windows 8 archery game app. The game is a collection of 3 different archery games. Each having three levels of difficulties. In each mini archery game, you’ll be given a target to hit, placed at a far enough distance from you. All you have to do is draw your arrow, adjust aim, and then hit the targets. Hitting targets gives you points. So the more strikes you make, more points you score. The game is played offline (not connected to internet). So, basically you can play  this Windows 8 archery game against your self; to beat your own high score, or challenge your friends to come, play and beat your score. 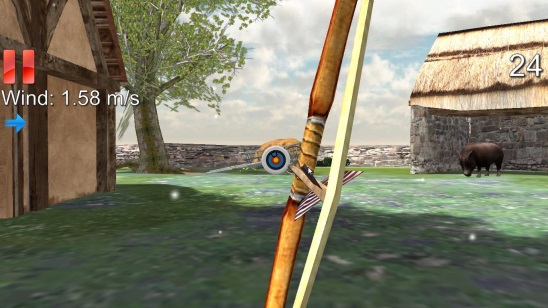 Playing the game is sure fun. The game is in 3D and has fine graphics. This Windows 8 archery game app is more of a first person shooting game app, and your position will be static throughout the game, that is you can’t move; except in the Highland Run mini game. But, you have the ability to turn to the left/right, or up/down. The three mini games includes: Village, Castle, and Highland Run. 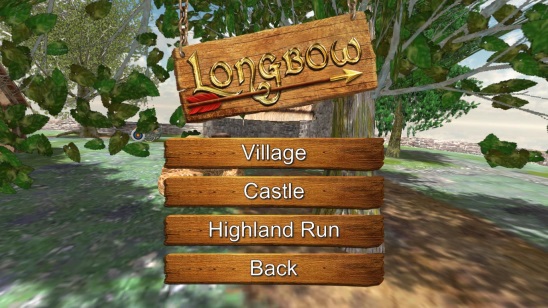 The game’s backdrop is pretty cool, it’s from the ages where there were kings, knights, and kingdoms. So, if you are a historic times lover, and love stories of Robin Hood or the heroic knights, then this is the Windows 8 game app for you. And, for the rest, it’s a fun Windows archery game app to kill some time. 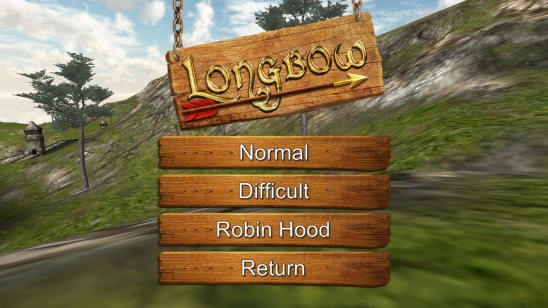 Each single mini game, are more like different locations. Each single mini game has 3 different difficulty levels. Normal, Difficult, and Robin Hood. The Normal is the easiest one, and the Robin Hood is the most difficult. But don’t think the Normal difficulty is too easy. In, fact, there’ll be times even in the Normal difficulty, when you have to strike the arrow on a target which are at a very far distance from you. And to make it more harder there’ll be wind blowing at different speed from different directions. So, the game is sure not too easy. However it’s this fact, which makes the game challenging and fun.

For the beginners, start with playing the Village mini game and with Normal difficulty, because this is a great medium to learn to aim in which direction, you have to release the arrow to get a good strike (which depends on wind direction, speed and your distance from target). And it’s important to note that you can’t always aim at the center of the target, because doing so might make you  miss the target. 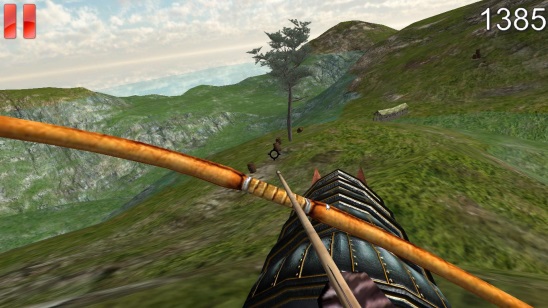 The Highland Run mini game is most fun and challenging among all 3 mini games. In this mini game you’ll be riding a running horse, and on your way, you’ll get different static as well as moving targets to hit. The more strikes you make the more score you get. So, simply left click to draw the arrow, and release mouse to release the arrow. Try hitting the targets by adjusting your gameplay according to distance and wind, and get to the highest score that no one can break! 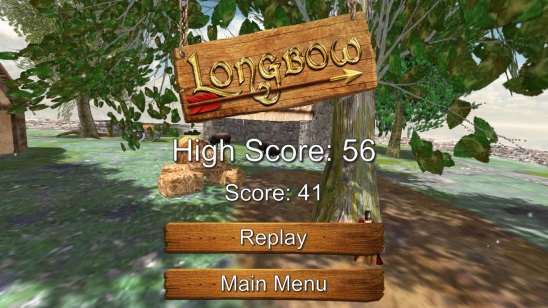 Longbow, certainly is a good and challenging Windows 8 archery game app. However if you are playing the game in Windows 8 PC, then it’ll be a little hard to control the aiming. The sync between mouse and the aiming point needs to be improved. Other than that, the game is perfectly fine. It runs smoothly without any lags or crashes. Get this Windows 8 archery game app from the Games Category in Windows Store, or click here.