An interesting thing about this free audio player is that its interface looks like a real audio player rather than a plain rectangular window like most of the modern media player apps. Plus it can be controlled in 3D mode. This gives you a feel of having a real player in hand and makes it even more exciting to listen to your favorite songs on your system. 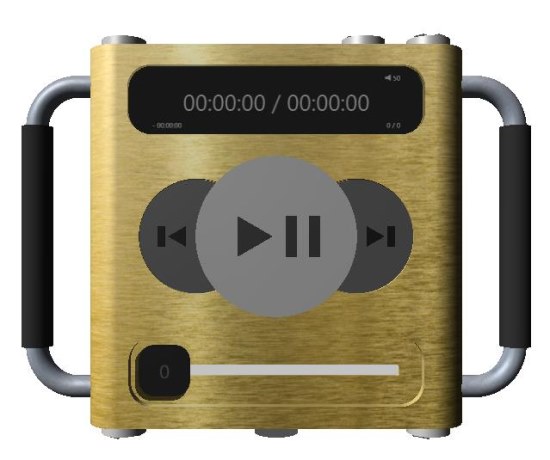 3D Audio Player is available as an open source software and can be downloaded free of cost using the link given at the end of this article. After downloading, you can simply unzip the compressed file and double click on the executable to launch this free audio player. Let’s see how amazing and interesting it is to use 3D Audio Player.

When you launch 3D Audio Player, all you see in front of you is an iPod-like player with handles on both sides which allows you to rotate the player.

You can click on any of these handles and drag them at different angles to view the hidden parts of this 3D audio player. At the top, you can see three buttons: Open, Minimize, and Exit. 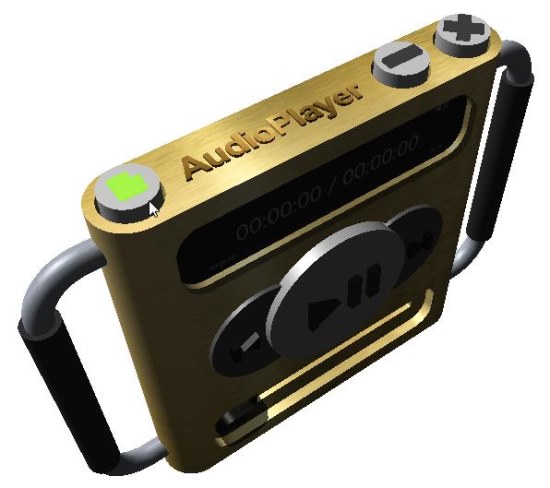 The Open button is placed at the left most corner. Click on this button to browse music files from your system in any audio file format (unfortunately 3D Audio Player doesn’t support drag and drop feature for adding files:( ). A playlist of the selected files will be created which you can see at the back side of the player. 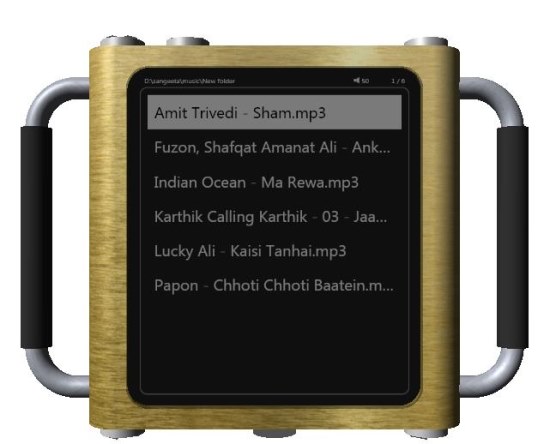 The Minimize and Exit buttons are placed on the extreme right, which lets you minimize or close 3D Audio Player.

The songs will be played in sequence. You can use the Play/Pause button placed on the front side of the player to play or pause the songs. 3D Audio Player also provide “Previous” and “Next” buttons to go back and forth between the songs. Plus, it provides a slider control that moves slowly as the song progresses, and allows you to forward or rewind the song anytime. 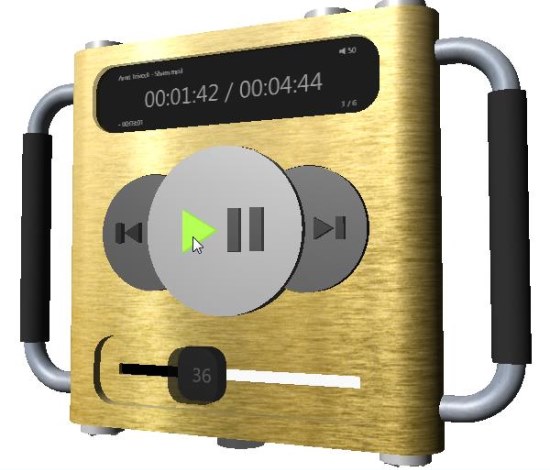 The volume controls are paced at the bottom of 3D Audio Player, which allows you to increase or decrease the playback volume. 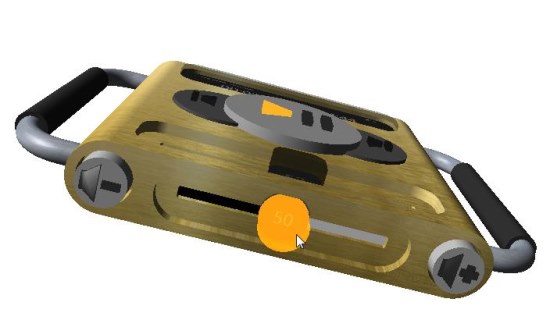 So go ahead, download this free Audio Player and enjoy playing songs on a 3D player. But before that, have a quick look on its key features.

3D Audio Player is for no doubt an amazing audio player for Windows. I have seen and reviewed so many audio players before, but none of them impressed me like the way 3D Audio Player did. Neither it’s made up of a bulky interface, and nor does it has any confusing feature. It simply does what it says: lets you play audio files with ease. Though it would have been better if it had provided drag and drop support and different skin options.