Here is a free media player, named DVDFab Media Player, that has some fantastic features. It can easily open HEVC (H.265) Blue-ray, and even play 4K videos smoothly, which some well-known media players like Windows Media Player, GOM Player, etc., can’t do.

What I really like in this free media player is that it shows video preview in a single-click. That doesn’t mean it summarizes video and plays it. Actually, it shows thumbnails covering the whole movie or video. Clicking on a particular thumbnail will play the video from that point immediately.

Apart from this, you can also take snapshots of playing video using a single pre-defined key (press ‘s‘) without any 3rd-party tool and save the screenshot as BMP, GIF, JPG, or PNG image. 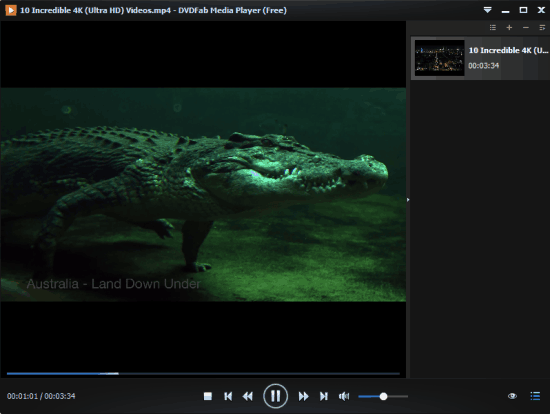 Above you can see a 4k video played by me on the interface of this media player. 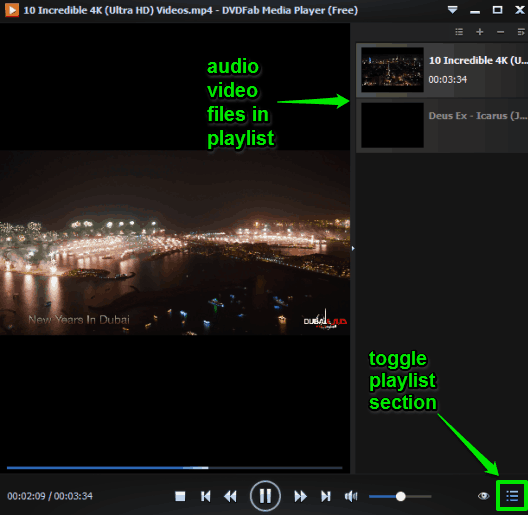 One thing you really won’t like is that you can’t save the playlist, which I think is a basic feature present in almost every media player. Anyways, let’s move further to the next important feature which is to show video preview.

Just before the toggle Playlist section, you will see an eye like icon. This is actually used to quickly open video preview. You will see thumbnails (of currently playing video) that are created automatically by this free media player. By default, there is a gap of 10 seconds between the thumbnails. However, you can move the Quantity slider to increase the time gap between thumbnails. 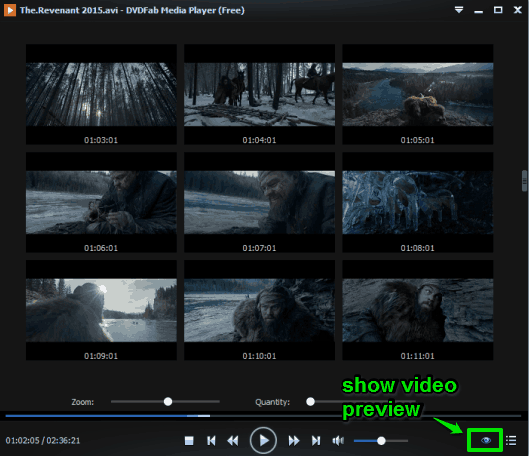 Clicking on a particular thumbnail will play the video from that point.

Other than this feature, there is only a basic playback control visible on the bottom of its interface. The rest of the interface has no menus, but yes, you can explore right-click context menu options.

In my opinion, this free media player covers almost all the features that a user expects in a good media player. It comes in the category of 4K video players, includes video preview feature, and more. Good enough if you want to try or are in search of a new media player for your PC.

Get this media player.