Inverted Image is a free image editing tool which can do one very cool effect, it creates inverted reflections of images, similar to what you can see when an application is being sold, the box set in the background always has a reflected mirror of itself down below, almost as if the box is on a watery surface, the same thing can be done automatically with Inverted Image. 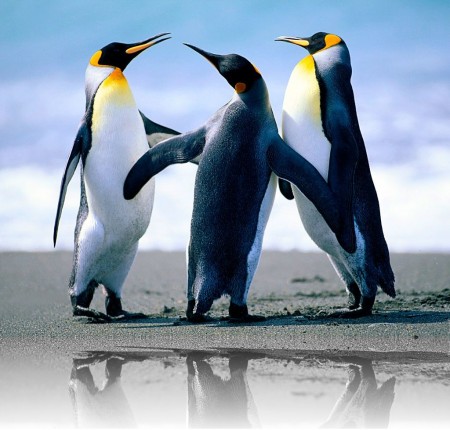 We created the effect which can be seen on the image above using Inverted Image. As you can see it looks very good, and it only took us a few mouse clicks. You’ve probably seen something similar done is advanced graphics tools like Photoshop, but since it costs money, adding this type of effects was out of your reach, but now with Inverted Image, not only that you can apply reflected inverted image effect, but you can also do it automatically, with no skill needed at all. Interesting features found in Inverted Image would be:

Inverted Image is a very small application, only around a megabyte in size, so it’s the perfect tool to use instead of Photoshop, which is both very expensive and you need to have good hardware to be able to install it, same thing goes for similar Photoshop alternatives like the GIMP, Paint.NET and LazPaint.

The first step that you need to do is to open up the image to which you want to apply the effect, by clicking on the Open button. There should be a reflected mirror of the image available right away, but it will probably not look good. 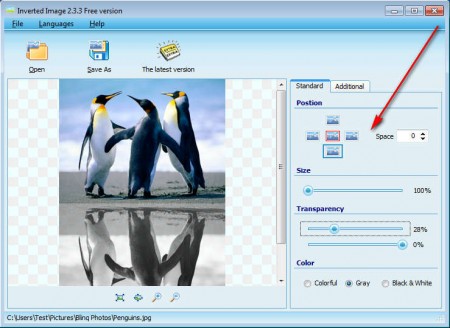 As you can see it’s not really transparent and the entire image is being reflected. Use the various editing options in the right sidebar in order to adjust the reflected image. Decrease the size from the 100% to something like 20-25%, it depends on the image. Then use the Transparency, top one is for top to bottom transparency while the bottom one is for bottom to top transparency. 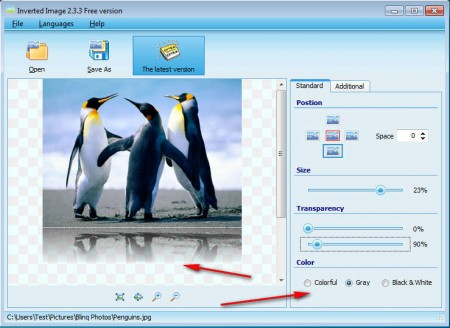 Edits are practically complete, if you want you can make the reflection gray or black and white, if it’s not already. All that’s left now is to save the image. If you use a lot of transparency, make sure to save the image in either PNG or GIF, others formats do not support it.

Creating mirrored reflection on images is very easy with Inverted Image, you can adjust the effect in a lot of different ways. Reflection doesn’t have to be below the image, it can be beside it, or on top. To apply this effect in previously mentioned graphics editors you’d need to have some skill, but with Inverted Image you can have it done in a few seconds, try it, it’s free.