Media Library Sync is a simple, free sync tool for media library that can be used for syncing large media libraries to various destinations. The software also comes with the feature of specifying the parts of the library which you want to be synchronized on the respective devices. The free media library sync tool runs on a complex matching algorithm which automatically pairs the sub folders. You may even use this software for synchronizing 2 source folders in a single destination folder. There are hosts of things which could be done using this powerful, free sync tool. 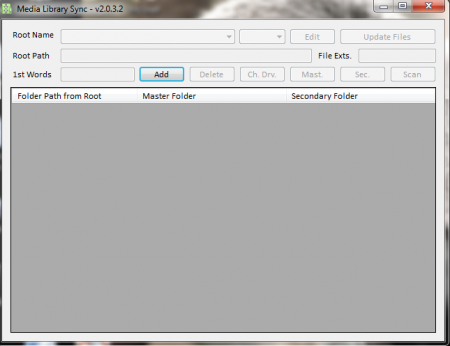 The installation of this free sync tool for media library could be carried out in a few simple steps where you need to download the setup file from here. After you have the file on your system the next step would be to run the setup on your system. A step by step process gets initiated which completes in a few minutes after which you need to launch the free media library sync tool. If you are looking for a simple sync tool, you can try Libox, Bamboo File Sync and MediaRover. 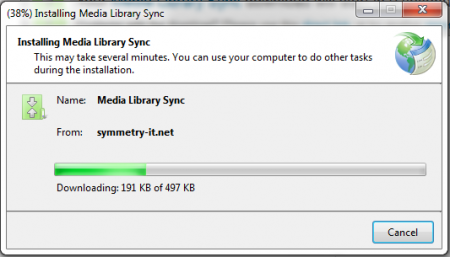 Once the software is launched you would see a greyish interface with options at the top and a blank space at the bottom. To use the software the options available at the top needs to be used where each of them have to be set before proceeding with the synchronization. 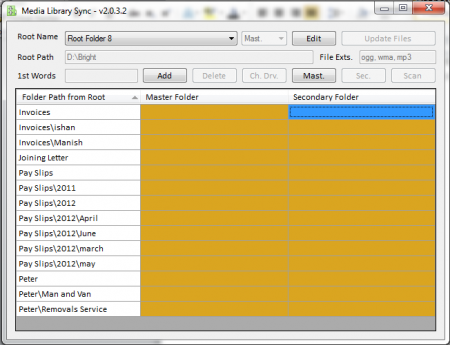 Using the Add button you need to browse to the folder which you wish to be synchronized and named as the master directory. Once you choose the directory a root name appears and a list of files in the directory. You have the option to rename the root name at the top and press the update button. The next step is to press the scan button which scans and presents you all the files in the master directory chosen. After you do so you can select the add button again and set it as the destination folder. Press the scan button and the sync process gets initiated.

This powerful, free sync tool for media library comes with the feature of sync files from source to destination folders as per the sync profiles. It even allows the sub folders for being manually checked with the sub folders present in the destination root folder. Moreover, the feature of allowing 2 source folders to be synchronised into a single source makes this an even better product. You may even include or exclude specific files while performing synchronization.