Swiftfox is a free Firefox based browser for Linux that is a good alternative for Firefox for Linux. It contains a set of software builds of Mozilla Firefox. It is written to maximize efficiency on Intel and AMD microprocessors. Swiftfox can be downloaded in open source code and proprietary binaries. Of course, the add-ons of Mozilla Firefox are compliant with Swiftfox. So, if you are a Linux user, and want a good version of Firefox, Swiftfox can be a good alternative. 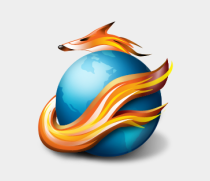 The browser’s name is derived from the Swift Fox animal.  There are several technical differences between Swiftfox and Firefox.  It is compiled with -O3. –O3 is the highest level of compiler optimization. The binary of Swiftfox is bigger than that of Firefox. -O3 has two more options than -O2 which are -finline-functions and -frename-registers.[subscribe-to-us]

Here are some of the features of Firefox Alternative:

If you want a free antivirus for Linux, try Avast Linux Home Edition.