Here’s a list of 3 offline world clock extensions for Google Chrome which can be used to tell time in different parts of the world even in situations when your computer doesn’t have access to the internet. We can’t all be online all the time, for example when we’re traveling to somewhere where there’s no mobile coverage or when there is mobile/wifi coverage, but you can’t connect to it. In these types of situations, you will need offline world clock apps.

We searched Google Web Store for these types of offline world clock extensions and here’s what we found. 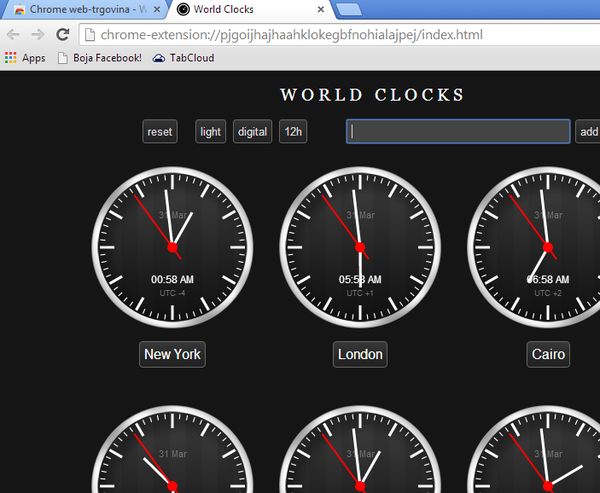 As you can see from its image above, when you run this app, it opens up in a new tab. By default you’re gonna see analog clocks and you’ll be able to track time for New York, London, Cairo, New Delhi, Beijing and Tokyo. By clicking on “Digital” from the top menu, analog clocks are replaced with digital ones. To add a new town to the list, type its name in the top right corner field and click Add. Other settings are also available for example you can change the background of the clocks to white, instead of the dark template that can be seen on the image above. Selection between 12h and 24h time format is also available. 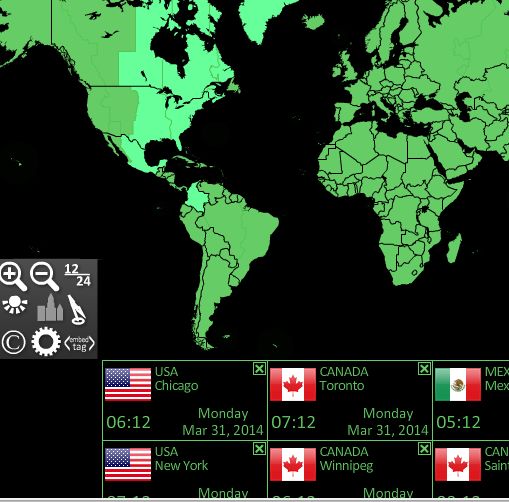 World Clock works similar to the previously mentioned “World Clocks” with one notable difference, it can be used both online and offline.

Map is available so that you can make selections for different time zones using your mouse. Down below at the bottom you can select up to 8 quick view cities. When you’re connected to the internet app collects data from the internet, and when you’re not online, it will work in offline mode instead. 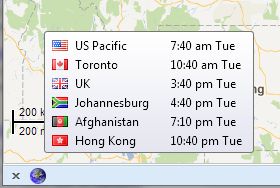 We saved FoxClocks for last, because in our opinion it’s the best if not the best offline world clock extension on this list.

So what exactly makes it so interesting and stand out from the previous two? Like you can see, instead of opening in a new tab, FoxClock adds a toolbar to your browser and lets you keep track of time in different timezones while at the same time you’re browsing the web. There’s two layouts for the time that’s reported by the extension. First one can be seen on the image above, this is the pop-up layout. The second one is embedded into the toolbar, at the bottom of the screen.

Like we already mentioned, FoxClocks is a great offline world clock extension that you should definitely try out if you’re interested in keeping track of time in different timezones and cities around the world without an active internet connection. Other two are also quite interesting, especially World Clocks with it’s very attractive interface. Give them all a try and let us know which one you think is best in the comments down below.