Day-by-day, smartphones are becoming more productive. With the advent of more advanced apps and bigger screens, it is possible to do lot of things on the phone that could be earlier done only on a PC. This presents a unique problem that some of our stuff is on phones, that we later need to work on our PC, and vice versa. So, it has become important to keep our data synced between phones and PCs.

If you are also struggling with the same problem, then you should look at FolderSync.

As the name suggests, Folder Sync is a Synchronization software which can sync specific pre-selected folders on your Android device and PC wirelessly.

Previously known as Cheetah Sync, Folder Sync is one of the most efficient tools for syncing your chosen folders between different devices. The connection works over a common WiFi network and the Android app works in tandem with a client, which has to be installed on your PC. It seems fairly light-weight with a small memory footprint on Android as well as on PC. There are options for one-way as well as (partial support for) two-way syncing in the free version itself. Let’s first see how to set it up. Trust me, it’s really simple and quick. 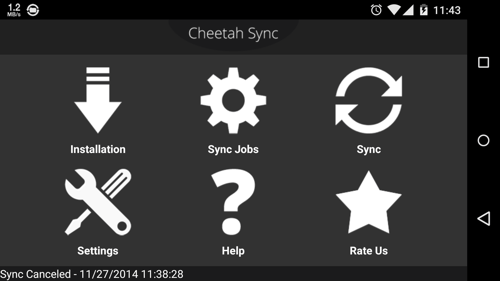 There are no installation steps as such. Just download the Android app from its Play Store App Download page and grab the desktop client from this link. It should be obvious that the Android app will automatically be installed from the Play store. The Desktop Client comes in an msi setup package and hence can be easily installed by double-clicking on the downloaded file and following the instructions. (There’s a Client for Mac too, but I didn’t test the Mac version. You can grab the Mac installation package from here, if you want.)

Setup Synchronization Between Your Android Device and PC 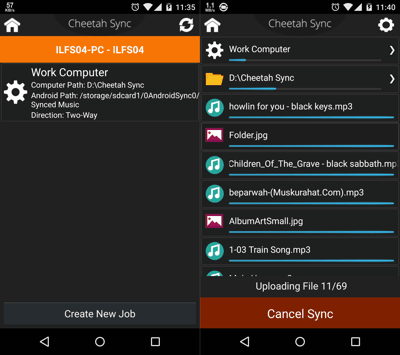 So the setup is easy, the sync works without any glitches whatsoever, and you can set custom intervals for the Automatic Sync too. On a downside, the app does have a dated look and might stop working if you try to minimize it while a Sync Job is ongoing. I experienced the ‘force-stop’ issue a couple of times, but only when I wanted to juggle two apps while a lot of files were being synced. No glaring problems with that though as the app compares the file info every time, and there is a ‘deep compare’ option too. As they say, No app is perfect! But if you want to set up Synchronization folders on your Android devices and PC, this is one of the simplest and most straight-forward ways to go.

Do share any issues or queries that you still might have in the comments section below. Oh, you’re welcome!