Update: (July 17, 2013) The player is no longer available in Google Play Store. Check out , Real Player instead. 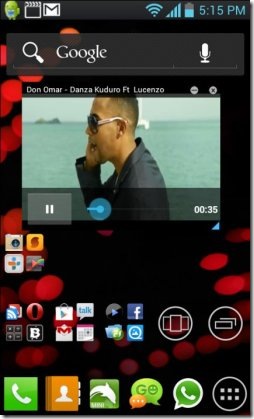 Popcorn Player is not a very popular app in Google Play Store, but still the player works very well on Android phone. When you play any video on Popcorn Player, it looks as if you have set some video wallpaper or any video playing widget on your Android home screen. You can easily play/pause and stretch the pop-window while playing the video with Popcorn Player.

You can easily download and install Popcorn Player from the link on your Android. If you want the direct download link, then scan the QR Code below. 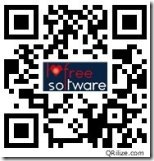 Popcorn Player makes your video playing experience a wonderful on Android. You can now watch any video while working. Also, if you have low storage space on your Android and are unable to install video player app like MX video player or any other player app, then download this video player app and enjoy video playback on your smart Android phone.

You can also check out On Screen calculator app for Android reviewed by us.