So, if you are also a fan of Fidget Spinners, and want to play them on Android too, then you are gonna love this list. 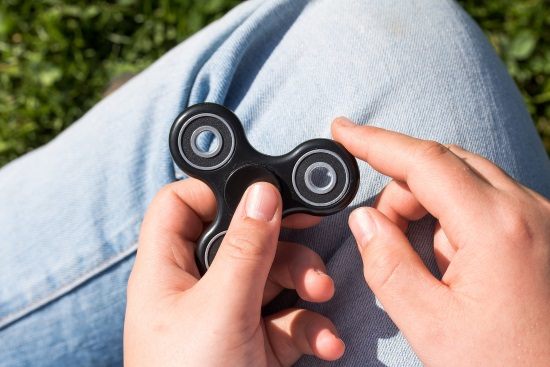 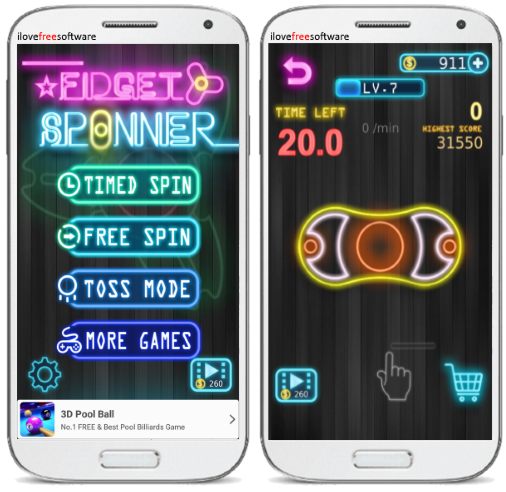 Fidget Spinner by Words Mobile is the first Fidget Spinner game for Android on my list as it is the most exciting and comes with 3 different modes to play. These modes allow you to play with different stylish and cool-looking Fidget Spinners and make them rotate faster. In the first two modes i.e. “TIMED SPIN” and “FREE SPIN”, you have to make the Fidget Spinner spin as fast as you can. The only difference between these modes is that in the first you have limited time to spin and the second mode lets you play indefinitely. However,  the third mode “TOSS MODE” is the most thrilling as in this mode you have to make Fidget Spinner bounce and prevent it from falling below the screen. You have to tap on the rotating Fidget Spinner to make it bounce. If you think it might be very easy to play, then you must check it out to see the real challenge of the game. The Fidget Spinner falls very quickly after bouncing, so you must have quick reflexes to tap on the Spinner again and keep it bouncing and prevent it from falling. 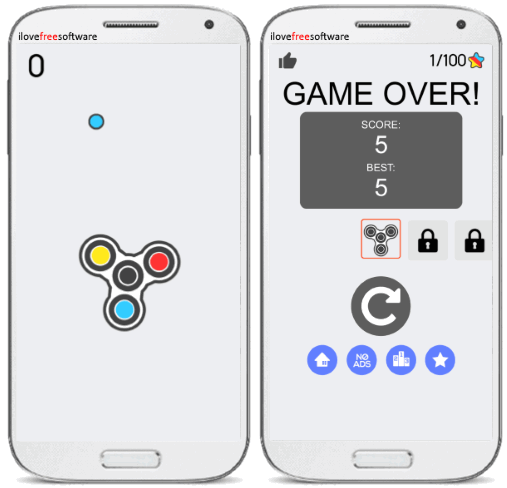 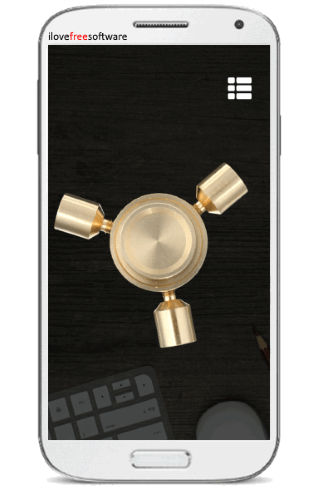 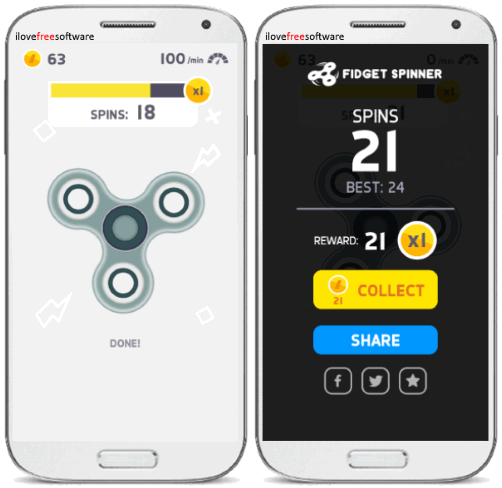 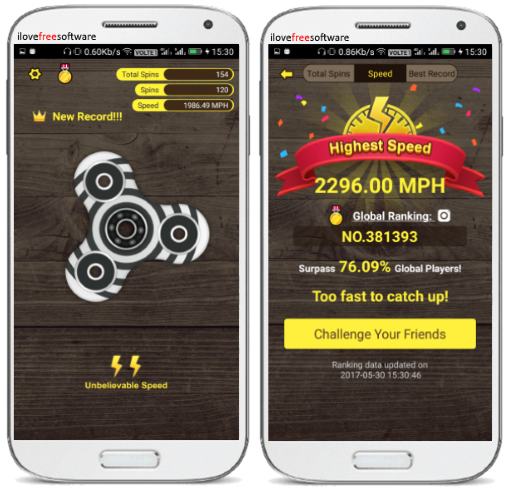 If you are one of those who likes to climb up the leaderboard of a game, then Fidget Hand Spinner is the one you will like the most within this list of Android Fidget Spinner games. In this game, you will have to do the same thing i.e. make the Fidget Spinner rotate faster but here based on its speed and number of rotations, you will see what percentage of global gamers of this games have you surpassed. It will also show you a world ranking in the game results. The best part is that this game also counts the overall number of Fidget Spinner rotations. To make things sound more realistic, it also shows you the rotation speed of the Fidget Spinner as you can see in the screenshot above. So, the overall concept of the game is to rotate the Fidget Spinners faster so as to climb up the global leaderboards.