Puss In Boots, is a free Windows 8 Entertainment app plus a Book app for kids. This app is based on the popular bed time story Puss in Boots, also known as Le Chat Botté; the original French literary fairy tale. So, this Windows 8 app, tells the classic story in the most interactive way possible in Windows 8 devices. The app has lots of pictures that move really smoothly through out the story. And all these pictures relate to what’s going on in the story. This is a Windows 8 story telling app that has a really good set of graphics, good textual content, and a really good way of story telling. Basically the app is made for kids, but will impress adults as well. 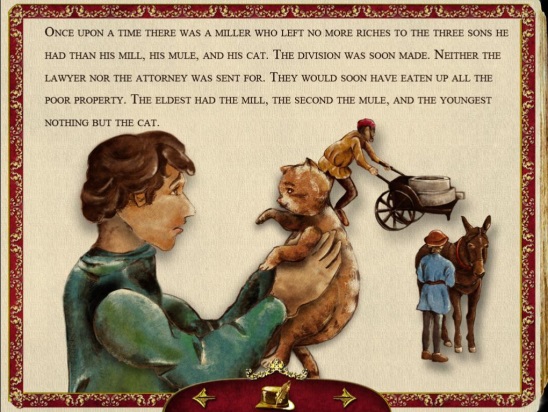 The app is based on the popular children story “Puss in boots”, and tells the story of a cunning and clever cat, who by use of his brains and trickery; helps his low-born master gain wealth, power, and hand of the princess in marriage. So, this is the story of how he does that. You must have seen the movie named Puss in Boots, based on the same character. But the movie tells a different story, and this Windows 8 app tells the original. 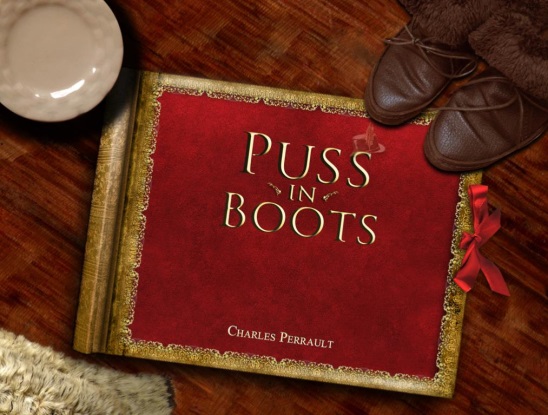 There’s no doubt that this Windows 8 entertainment app, has one of the most beautiful user interface. The app is filled with images of paintings, that animate when you click on them, and move in the direction you click drag your mouse. But the most fun of this Windows 8 entertainment app is in the Windows 8 touch devices. The paintings actually move and animate freely as you tilt your device. These animations are based on the basic physics laws: gravity and bounce. The app grabs attention on the very first use. These animations, that are played in full screen, are one of the biggest feature and brings the whole story to life and helps in connecting to the story. 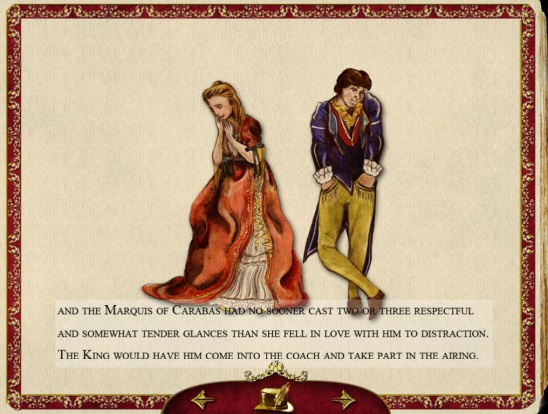 The story is written in simple and easy to understand English and is fun to read. There are dialogs, and single line describes quite well, what’s going on in the story. The font size are big enough, hence, making it easy to weary eyed, reading the story. On the bottom of every page, there are buttons to turn to next or previous page. Plus a button to jump back to the Main screen of the app. You’ll get all the time to read a page, and once you are done click on the next page button mentioned above. The transition between pages is also smooth. And every single content of a page slowly fades in to the page or animates itself. And to move these pictures, simply click-drag, and it gets animated. 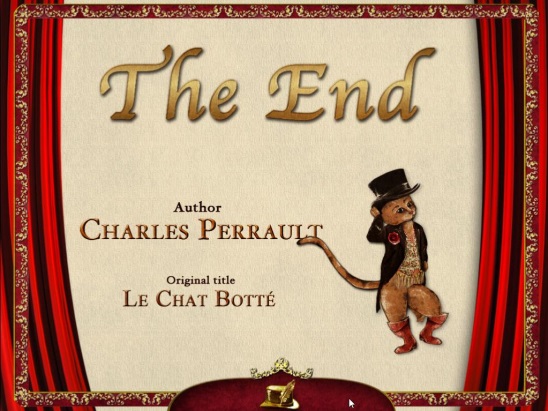 At the end of the story, this Windows 8 entertainment app shows the credits, that starts with the original title Le Chat Botté and it’s author Charles Perrault which is pretty cool. Giving tribute to the writer.

You might also like checking these free Windows 8 entertainment apps: Angry Birds Toons and The Big Animal Book.