NiceScaler is a free open-source AI image upscaler software you can use. It allows you to enlarge images up to 2x and 4x times in just a click. It has support for the 3 most popular AI image upscaling models. It is simple and straightforward software that you can run on Windows and other platforms with ease. One of the best things about this image upscaler is that it also supports upscaling videos using AI.

If you have some pixelated images then you can try to de-pixelate them by increasing their resolution. And NiceScaler here can help you with that. And not just images but you can feed it videos and it will work just fine. For images, it supports JPG, PNG, TIFF, WebP, and BMP formats. And for videos, it supports MP4, WebM. GIF, FLV, AVI, and MOB formats.

Links to the respective papers of the AI models have been given already. You can select any model from these 3 for upscaling your images and videos in NiceScaler. Right now, only Windows binary releases are available for NiceScaler. You can download the EXE file from its GitHub releases. The EXE file is a self-contained executable. You just double click on its icon to launch it. The main interface of the NiceScaler looks like this. 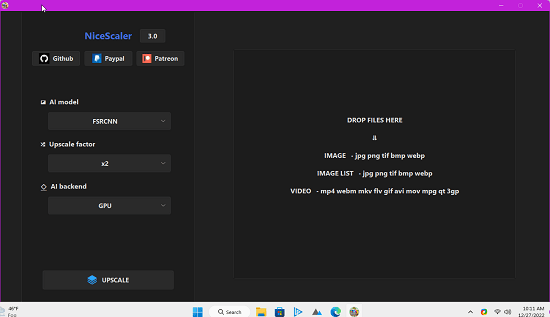 Now, you select a model from the list on the left side. Also, specify the enlarging parameters. For now, you can only enlarge the image up to double or 4 times their original size. Maybe in later updates, there will be more options. 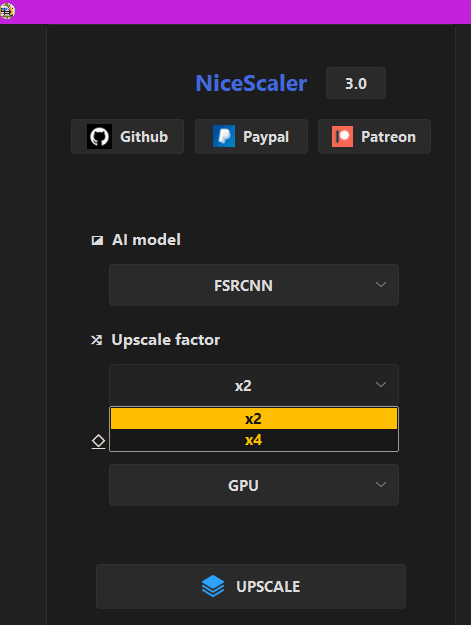 Finally, drag and image that you want to enlarge and then drop it on the interface of NiceScaler. Click Upscale and then it will start enlarging the image. Depending on your computer speed and image’s size and resolution, it will take time accordingly. 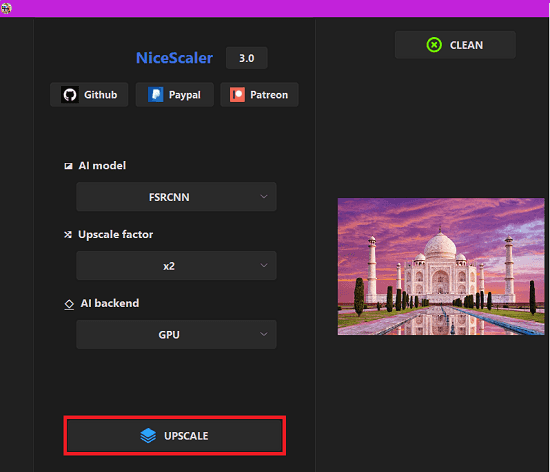 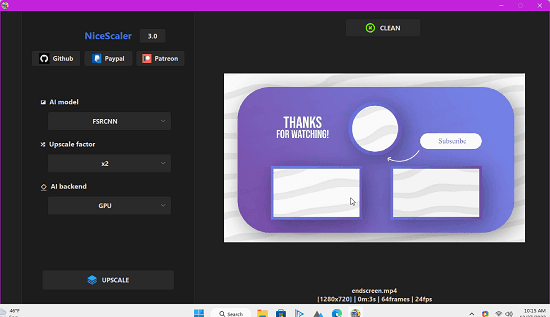 In this way, you now use this simple and powerful AI upscaler for images and videos. The process to do that is very simple. You load the appropriate models and then just drag-drop input an image or video on it. It will take care of the enlarging process on its own. And when it is done, the enlarged image and video will be placed in the same folder as the source input image/video.

We have covered AI image upscaler before and even a desktop image upscaler based on ESRGAN, but this one is here supporting different models and is a portable one. It is also comparatively fast and yields almost the same results. So, if you are looking for a quick and lite AI image enlarger then NiceScaler is the best option you can have.