Cupscale is a free open source AI image upscaler software for Windows. It uses ESRGAN to upscale images to 4x size and supports videos as well. For images, you can import JPG, PNG files and then export them in the same or different formats. It can use a dedicated GPU for upscaling but if you want then you can opt to use a CPU instead. This software comes with a couple of models for you to use already and it supports generating previews of the imported low resolution images.

We have covered online AI image upscaler before but here, Cupscale works right on your desktop. You can run it anytime and any number of times without any restrictions whatsoever. It even supports batch processing, so you can upscale multiple images all at once. Another nice cool thing about it is that it supports changing of AI models. Apart from using a standalone upscaling model, you can chain them together or interpolate between two models. 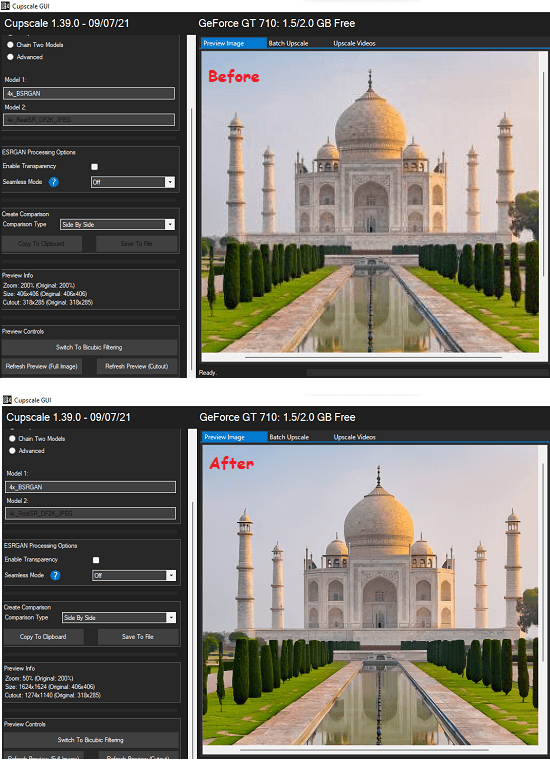 Cupscale software is basically just a GUI to do the hard part, In order to make it work, you will have to install a few dependencies. Right now, it is available on Windows, so before straying it, you just have to make sure that you have the following things set up already on your PC.

Now, when you have all the dependencies, download Cupscale from here. Extract the ZIP file and then run the EXE file and its interface will open up. It will automatically detect the GPU and main UI looks as shown below. 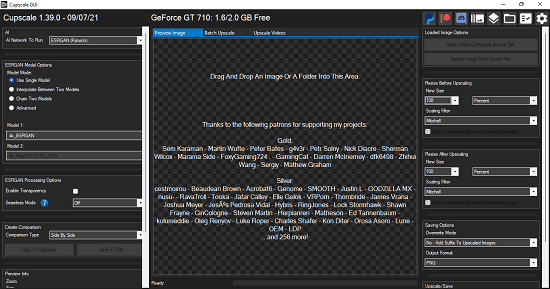 Right-click on the image area and then import a low resolution image.

Now, you select the output parameters from the left sidebar. Select model and mode for the selected model(s) and then configure ESRGAN processing options. 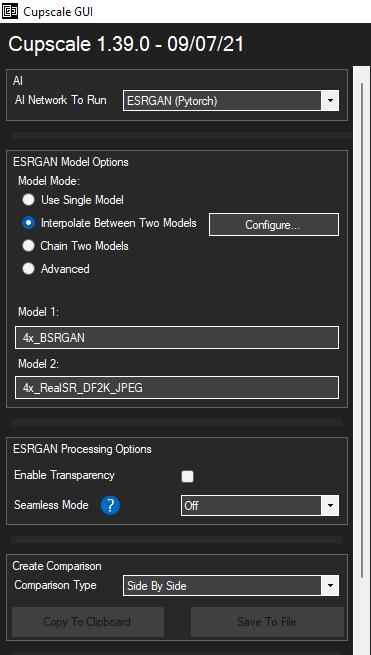 Now, you hit the “Refresh Preview” button to start the upscaling process. Next, you wait for it to finish and when it is done, you will see the upscaled image will load in the software. This is pretty much like I have shown in the screenshot I added in the beginning. 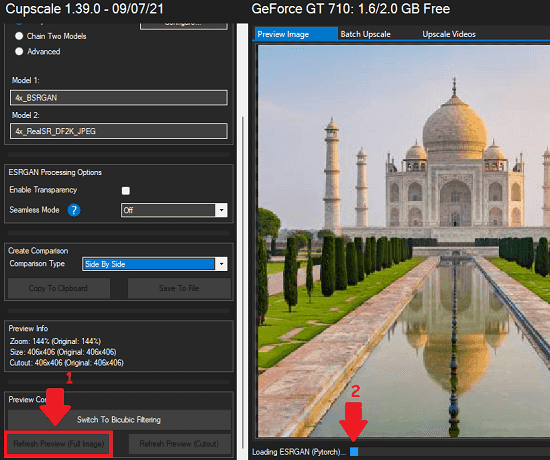 You can save the upscaled image and even preview it in any way you want. You can use zoom and pan like operations to inspect different areas in the upscaled image. And to save it on PC, you just use the Save option from the right sidebar. If you want to save it in a different format, then you can do that here as well. 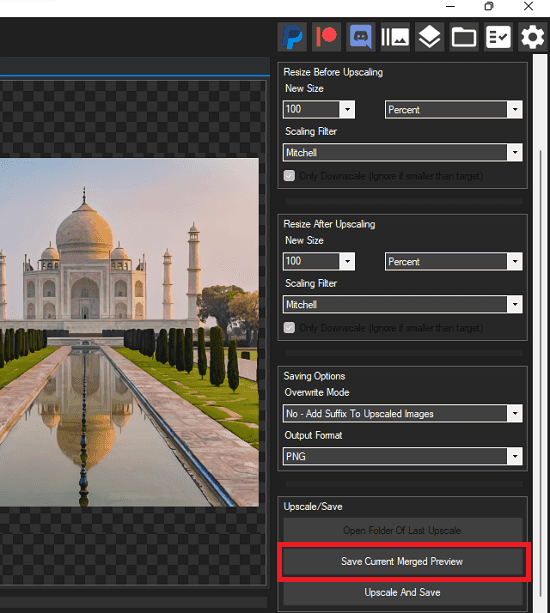 There are some software settings that you can enable. For example, if you don’t have a GPU installed on your PC or your GPU is not supported, then you can switch to the CPU. However, do note that CPU processing will take longer time to upscale an image. 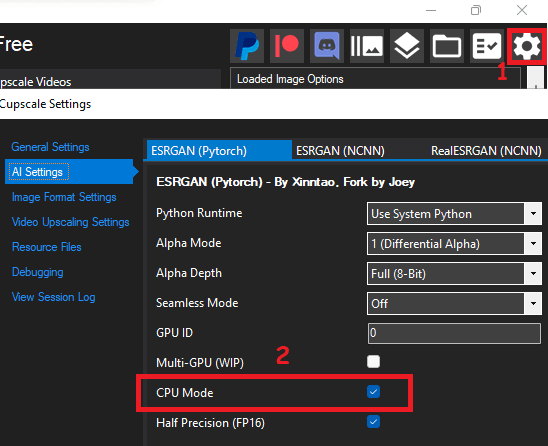 In this way, you can use this powerful AI image upscaler tool. You can further explore it on your own and use the other feature of this software such as batch image upscaling and video upscaling. But do note that, make sure you have good GPU otherwise, your system will be so slow when it is upscaling a video or a set of images via CPU.

Cupscale is one of the best free image upscaler software I have ever used. I am really impressed by the output it produces and you will love it. Unfortunately I didn’t have a supported GPU so I had to use CPU instead and the results were still pretty awesome. But if you have a good Nvidia GPU then I will recommend you to use that instead.