War Inc is a free online shooter game for all the game lovers who like to play online games. If you’re into multi-player first person online shooter games, you may like War Inc. The game has two options, free and paid. Both offer the same features. 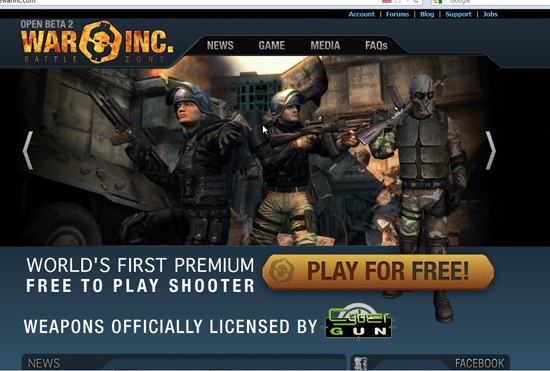 The installer for this online shooter game, War Inc is only three megabytes. Once you download the installer package, the easy stuff is over. Upon launching the installer, you’ll be connected to the War Inc servers for the full installation package, which is two gigabytes. The server for this installer package is slow. I can download files this size from Microsoft, Digital River, and other large sites in around fifteen to thirty minutes. It took me almost ninety minutes to download the full installation package for War Inc. To me, especially as a non-gamer, this is completely unacceptable. 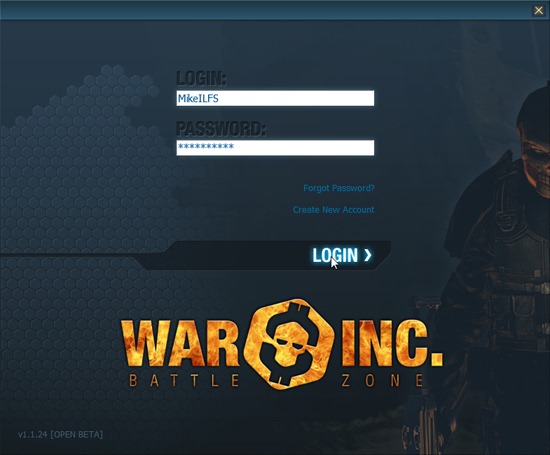 The installation itself, or at least the first part of it, took almost another twenty minutes. This is about what I expected for a two gigabyte installation download. The install went cleanly and smoothly, no surprises and no glitches. That was a good thing. Then things got “interesting” and frustrating. I launched the game (or thought I did) after the installation was complete. And then the patching began.

The first patch that was installed was for the twenty-fourth of January. This was a large update and took about twenty minutes. Then it installed the next patch, for the twenty-fifth. Another fifteen minutes. The twenty-sixth was next, and then finally came the twenty-seventh. This process was a major pain. A professional gaming company would have made cumulative patches to make things run more smoothly for their users. 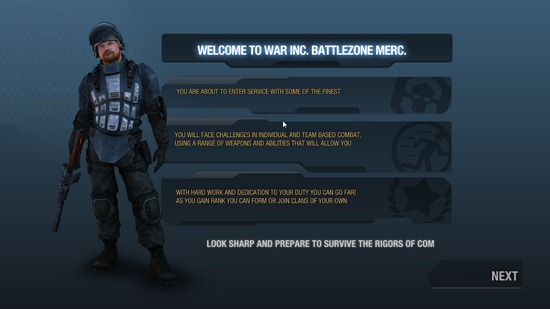 The controls for the game were pretty easy to come by. Not being a gamer, I read most of the documentation pretty carefully. It clearly stated that free users as well as paying user are able to play solo games. I chose what looked to me to be a solo game, but when I entered the game environment, in big bold red letters across the top was printed the message “Waiting for five other players to join”. Huh? Waiting for five other players doesn’t sound like a solo play game to me. 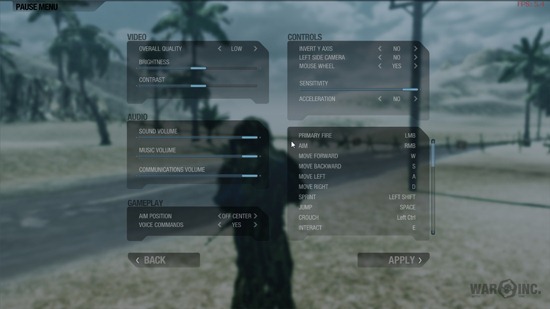 Oh well. Moving on, I went through trying to play the game. I started moving though the environment. It was a little confusing at first, but I attribute that to not liking video games. I spent about twenty minutes in the environment, the whole time with that annoying “Waiting for five more players” message. I didn’t see a single person or animal the whole time. 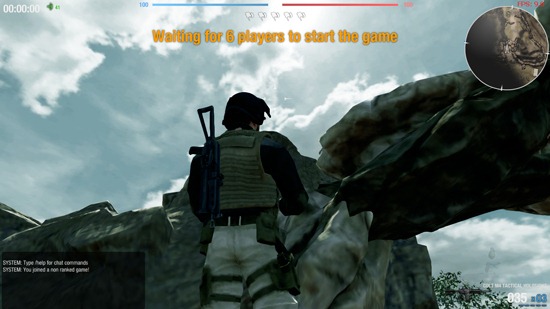 If I were a serious gamer, I’d say pass this one on by as quickly as you can. Spend the money for one of the good games from the major studios. If you’re not a serious gamer, or can’t afford to pay what the major gaming studios are charging, give it time. War Inc online shooter game is still a Beta product and all I can do is hope that as it evolves through the Beta process, the company will work out the kinks and deliver an enjoyable gaming experience.