Apple did give a preview for the iTunes 11 at its event at the iPhone 5 event in September, and now iTunes 11 is finally available for download to the consumers after a month-long delay. The application has gone through some major changes and has been completely redesigned. Everything is now simpler and sleeker as you can see in the screen shot below. The post will go through the changes introduced in the application. If you want to read about iTunes in general, then check out over previous iTunes review. 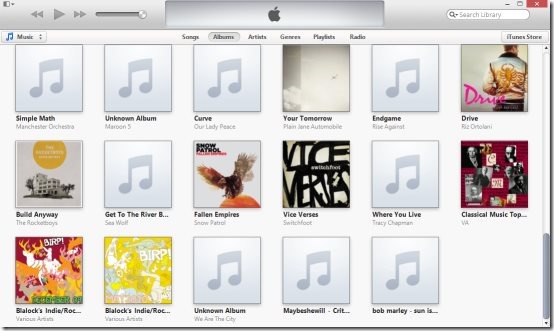 There are a lot of changes that have come up in this version of iTunes, but not so great that you feel alienated. The new iteration of iTunes 11 feels light and simple. I really like the way things are arranged in the overall interface; the earlier version of iTunes was starting to feel a little bloated.  This reboot of the app will be much appreciated by the users. My favorite part about iTunes 11 is the new mini player that I have discussed in the feature part of this post.

Overall, this version of iTunes has the biggest interface redesign that this software has ever gone through which makes it simpler, smarter, and sleeker.

I would like to say that Apple has overall done a good job with this version of iTunes and using this application has been a great experience. If you never used iTunes before, then definitely download iTunes 11 and experience your media in a brand the new interface.