Describing Words is based on the texts of hundreds of authors that they had written in past centuries.

A perfect use case of this tool would be in creative writing. Suppose you want to write some long story or a novel, then you can greatly frame your words and structure with the help of Describing Words. It introduces you a long list of old and new adjectives for your noun to help you come up with something really attractive and different. 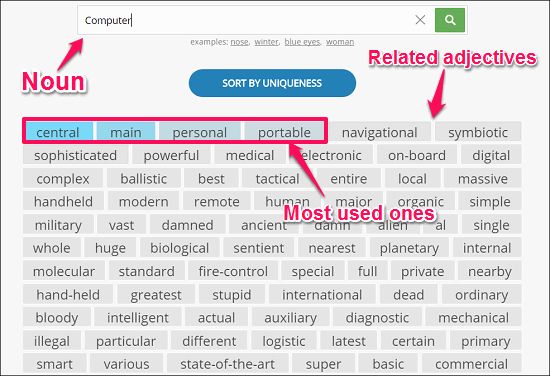 How to use Describing Words to see Adjectives for a Noun

If you ever used an online Dictionary or Thesaurus then you are completely at home with Describing Words. It has a wide text box at the center where you can type your desired noun. And rest of the interface is for result and recent history.

Following simple steps will guide you how to use Describing Words.

Step 1: Visit Describing Words’s website by clicking on this link.

Step 2: Type your desired noun and hit Enter. After couple of seconds it will show you a list of adjectives for your noun. 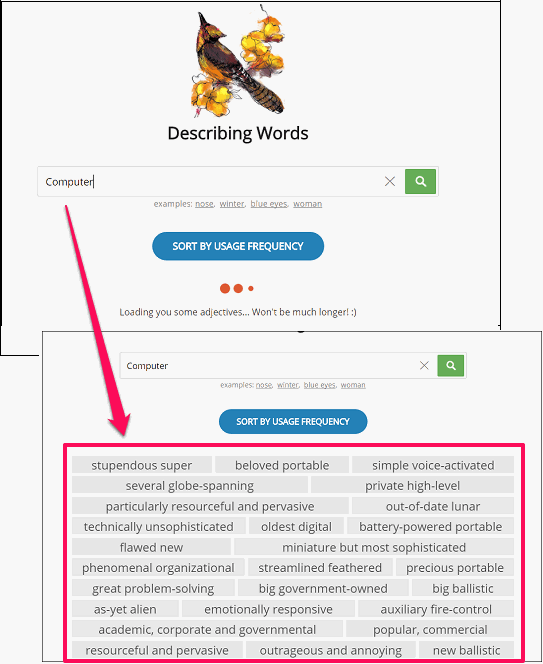 Step 3: By default, the results are sorted by Uniqueness. However, you can choose to sort the results according to frequency of usage. It packs most used word in blue boxes and least used ones in grey boxes. 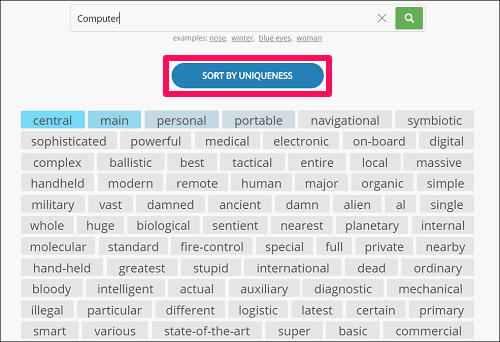 That was all about how to see different adjectives of any noun using this website. There are some more interesting features of this website. Keep reading.

See Related Words and Meaning of the Adjectives for your Noun 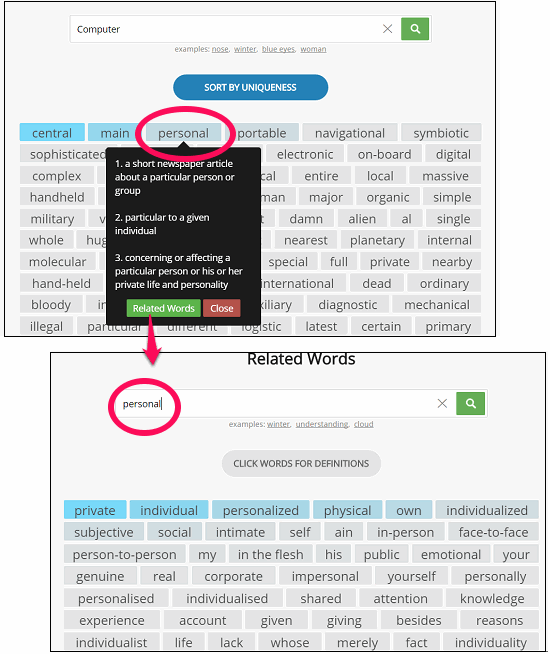 I really like the way Describing Words work. It can greatly help people who write a lot of creative stuff. They can use this website to find different and better words for the noun that they use regularly.