This app also helps to view the previous Bing images and save any image on your PC for later use. If Bing image is not visible correctly, then you can also stretch it, put it in center, fill, or full-screen view mode. In the screenshot visible below, you can see that Bing image is visible on my Windows 10 Lock Screen. If you also want to do the same, you can follow the steps covered in this tutorial. 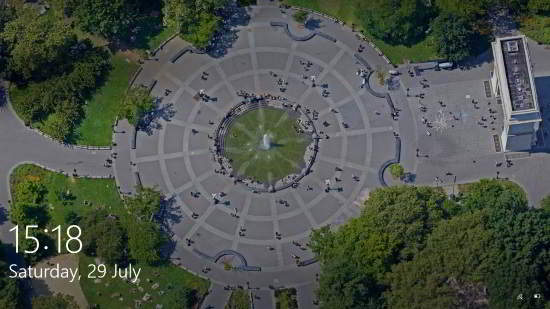 Note: This app also provides options to set Bing image as desktop wallpaper, set Windows Spotlight images as desktop background, set a folder to save Bing images, receive notifications for new Bing images, and more. You can go through those options and use them as per your wish.

How To Show Bing Images On Lock Screen In Windows 10?

Step 1: Here is the homepage link of this app. Install it and then launch the app.

Step 2: The app interface is very much similar to Windows 10 Settings app. When you will launch the app, it will open with its Background section. But you don’t have to use that section. Instead, access Lock Screen section. 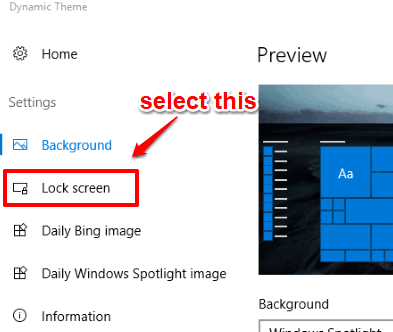 Step 3: Now to apply Bing image as Lock Screen image, use the available drop down menu and select “Bing“. As soon as you select that option, it fetches Bing image and applies it to Lock Screen. If the Bing image is not applied, you can also use Update button. Preview of Lock Screen background with Bing image is also visible on the top part. 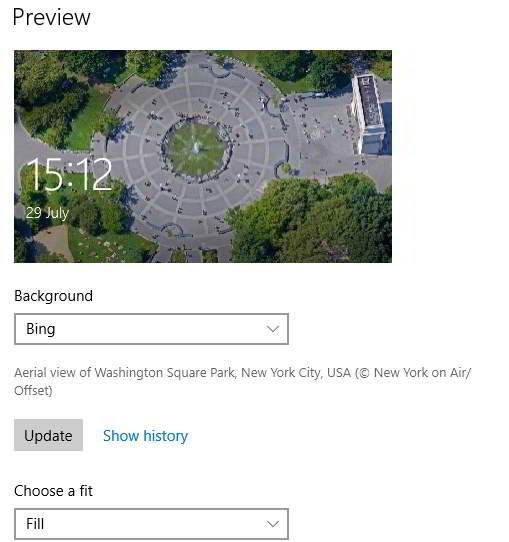 You can also use “Choose a fit” option and select Fill, Center, or other available view modes.

That’s it! Now Lock Screen of your Windows 10 PC will show Bing image. When there is a new Bing image, it should update Lock Screen automatically. If it doesn’t do that, you can open its interface and Update the image manually.

Those who like Bing images and want to see those images on the Lock Screen of their Windows 10 PCs, this app is really beneficial. Also, the fact that it lets you change images make it more useful. Whenever there is a new Bing image, you can set that Bing image as Lock Screen background. You can give it a try.