If you are a Chromecast user then there are some fair chances that you might be annoyed by others on the same network. Like, roommates or friends who interfere with your Chromecast while you casting something on your TV. Some people might have roommates who always look for new and creative ways to prank and annoy them from time to time. If you have a roommates/friends who don’t leave you and your Chromecast alone then this article might be helpful for you.

In this article, I will provide you with a simple solution to make your Chromecast private. I’ll cover two straightforward methods; you can use any of them as per your convenience. With these methods, you can restrict other people to connect to your Chromecast.

How to Make Chromecast Private?

There are two simple methods to make your Chromecast private. Both of these methods involve creating a separate network for the Chromecast so that no one can interfere with it. 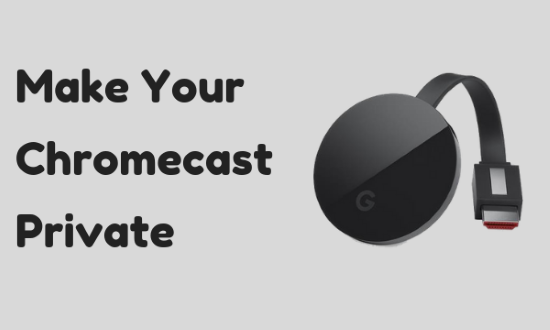 The second method to keep your Chromecast private is to set up dual WiFi networks. If you are using a dual-band router that can broadcast to both, 2.4GHz band and 5GHz band, you can set up a separate network on each band. It can be done from your router’s configuration page under dual-band mode settings. This way, you’ll have two networks, you can share one with your friends/roommates while keeping other one private for yourself. Before using this method, make sure whether all your devices support 5GHz network or not; because not all devices support both Wifi bands. The new Chromecast (disk-shaped) support both, 2.4 GHz and 5 GHz bands whereas, the old one (dongle-shaped) only support 2.4 GHz band.

By following any of these methods, you can easily make your Chromecast private. By shifting your Chromecast to a private network, no one else can interfere with it without having your Wifi password.