You can easily create shortcuts by linking the tasks to them on your desktop. For that, all you would need is to add a command to the shortcuts and then you can use them for triggering the respective tasks whenever you want. It is a simple process and you don’t need to use any third-party tool as well. 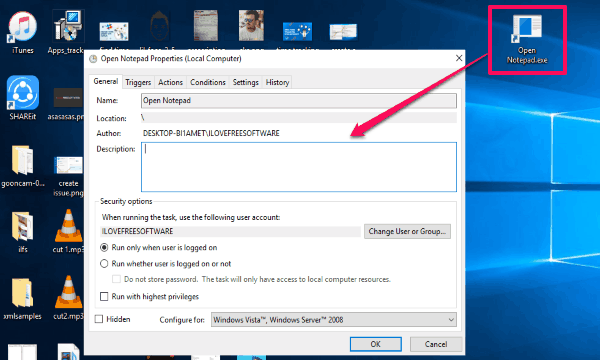 How to Create Desktop Shortcut For Scheduled Tasks in Windows 10:

To get started, the first thing you need to do is create and schedule a task using the Task Scheduler in Windows 10. The task can be for anything you want like opening a specific program, lock PC, shutdown PC, and so on. You can also use your existing scheduled tasks for creating a desktop shortcut.

If you know how to create a task using Task Scheduler, then well and good and if not, then let me explain it in brief. First, you would need to open the “Task Scheduler” program on your PC. You can do that by typing the program name in the search bar at the bottom. After that, click on the “Create Task” button on the right panel. When you do that, it will open a new window where you can create the task by setting a trigger and the response action. For example, I have created a task to open “Notepad ++” at a scheduled time. 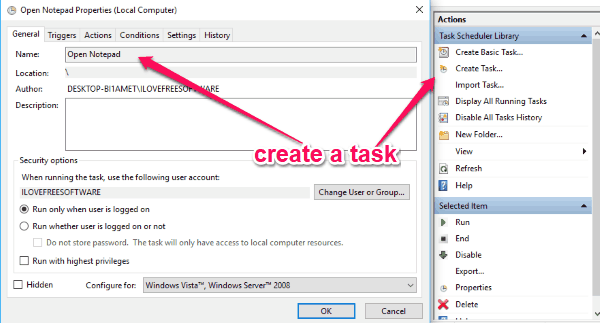 Once you’re done creating a task, you can proceed to create a desktop shortcut for that task on your PC. To do that, all you gotta do is right-click on the desktop screen and select the “New → Shortcut” option. After that, it will open a window where you will see an input field. Now, enter the following command in the input field and click “Next” to continue. Make sure to replace the “TaskName” with your own task name for which you want to create the shortcut. 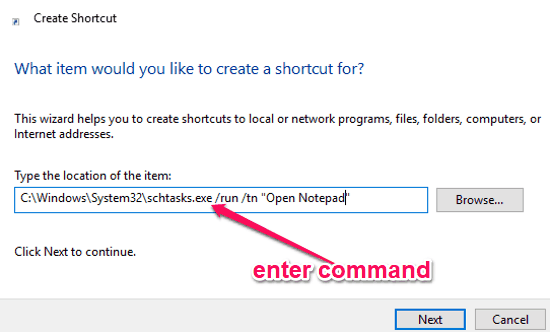 So, this is how you can create desktop shortcut for tasks scheduled in Windows 10. The method explained above can help you do that without much effort. Just create a shortcut, link a task, and you’re good to go. You can create as many desktop shortcuts as you want for the tasks which you have scheduled on your PC. I hope you find this post useful.