Glidefire is a free Subway Surfers alternative for iPad which comes with 3D graphics. Just like Subway Surfers, it’s an endless running game with the difference being in Subway Surfers, you have to run over trains and in this iPad game, you will have to drive a glider in space. In this game, you are an Arbiter and you have to drive your glider to avoid obstacles, collect bonuses, and defeat enemies. Yes in this game, you also have to fight with enemies and defeat them. Don’t worry, as each of the glider in this game has its weapon and power weapons. You have to use these weapons to defeat your enemies.

Apart from just driving glider and defeating enemies, there are also different space stations and achievements for you to unlock. You can also modify your character and glider with different boosters. As you will proceed in the game, you will collect XP points which will help you in increasing your Arbiter rank and eventually in reaching the top of the ranking of all Arbiters. The game also supports Facebook integration which means you can also challenge and compete against your friends. 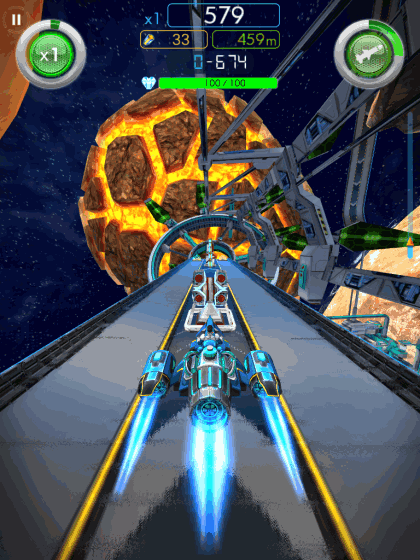 Gameplay of this Subway Surfers Alternative for iPad:

The gameplay of this Subway Surfers alternative for iPad game revolves around a droid manufacturing company ArmaDron, headed by Deus Malum, and Earth Alliance. The game is about an incident of 2221 when Artificial Intelligence stopped responding to signals of Earth Headquarter suddenly and started full-scale military operation. So, they took help of all retired pilots to sort out the issues. They sort out best pilots out of them known as Arbiters. The Earth Alliance provided them with experimental instant teleportation technology called Glidefire. 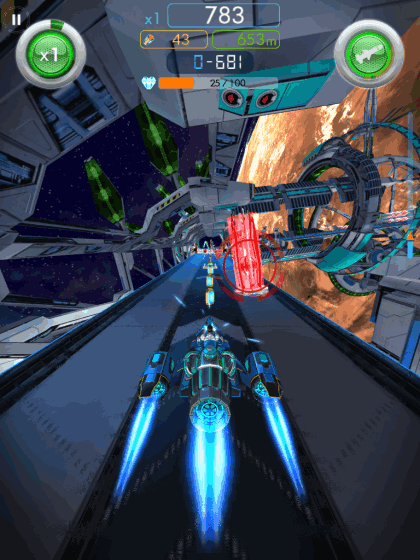 You are one of these Arbiters and you have to prove that you are the best among the rest. You have to go on different space stations, unlock missions, achievements, collect bonuses, improve your skills, and modify your glider, and much more. When you will launch the game, you will be joined by a lady who will guide you about the gameplay and your objectives in detail.

Controls to Play This Subway Surfers Alternative for iPad:

Since the game is endless running game like Subway Surfers, hence most of the controls are same but I have listed all of them below:

Options of This Subway Surfers Alternative for iPad: 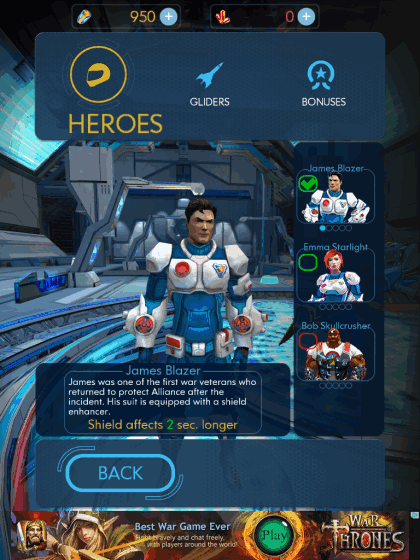 You may also like: 4 Free Running Games For iPhone.

Glidefire is a good Subway Surfers alternative for iPad with 3D graphics. The game has really good 3D graphics which makes you feel like driving a real glider in space.  The game is good for those who love endless running games but its not that addictive.