Here is a list of 4 free running games for iPhone. As all of us know that running games has become quite popular in last 1 year and almost everyone of us is playing running games. I am pretty sure that you must have played at least any one of the following running games: Temple Run 2, Subway Surfers, Rail Rush, etc.

But in this article, I am going to tell you about 4 other running games apart from the ones mentioned above. All these games are equally entertaining in terms of playing and worth installing. These games will take you to a whole different world with unique style of gameplay and thrill. The great part is that these games are synced with Game Center which means that you can also compete against players from around the world to know who stands where.

Lets have a look at these games. 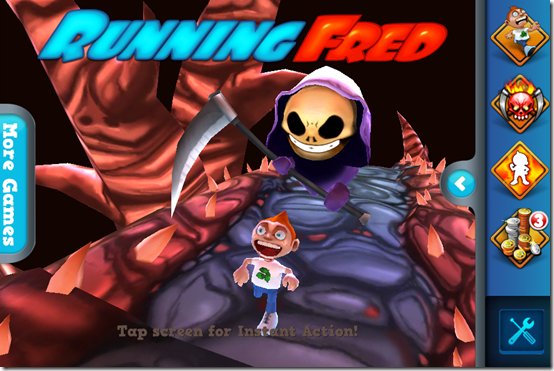 The first running game for iPhone is Running Fred. This game is the sequel to one of the famous game Falling Fred. The gameplay of this game revolves around your hero Fred who is running for his survival. A ghost is following him with a sword. If you fail in helping Fred to run then he will be killed by the ghost. Your aim is to save Fred from the ghost as well as to collect the coins which comes in your way. You need to move Fred left/right by tilting your iPhone, make him jump by tapping on right bottom corner, and you can also accelerate his running speed by making him run over blue color accelerator which comes along his way.

The game has 3 game modes: Adventure, Challenge, and Survival. You can also customize your hero with different costumes which can be unlocked via completing challenges and achievements. 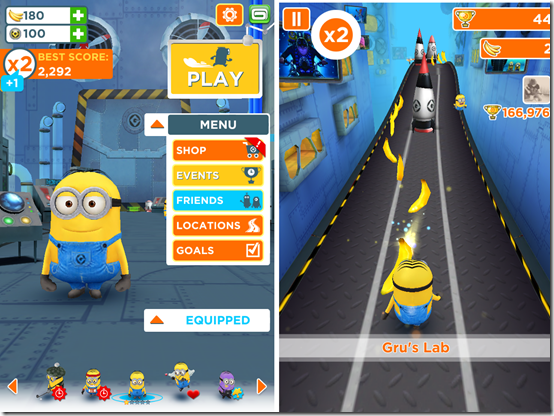 Minion Rush is the official running game of Despicable Me movie. In this game, you play as one of the minions who wants to impress his boss by doing various activities, collecting bananas, etc. so that he can win the Minion of the Year trophy. While playing the game, you need to collect bananas, defeat other minions, avoid obstacles, collect customs and power-ups, etc. so that you emerge as the top winner. During the play of the game, you will come across many hilarious and surprising moments which will make you hooked up to this game for long time. This game is equally entertaining and funny for all of you, no matter you are a minion fan or not.

Get Despicable Me: Minion Rush here. 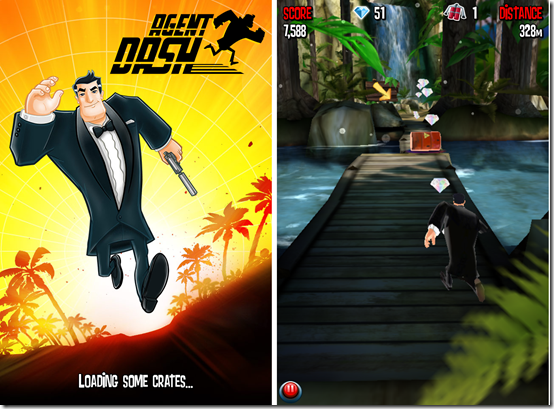 Agent Dash is the third running game for iPhone in this list. In this game, you have to play as an Agent who is on his quest to destroy the base of his enemies while going through beautiful locations like forests, labs etc. During his run, you will face many unexpected obstacles like pits, laser beams, falling trees. To avoid these obstacles, your agent has various weapons and equipment like jetpacks, parachutes, guns, time slower etc. You also have to collect the diamonds while running and demolishing the enemies.

The beauty of the game lies in its visual appearance. The game gives you a great feel while playing with quality colors and graphics. The visual appearance of the game is so cool that sometimes, you will become so busy in looking at it that your agent will fall for any of the obstacles without you even realizing it. 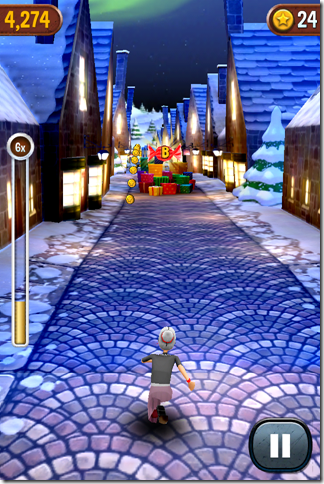 The last running game for iPhone is Angry Gran Run. This game revolves around a angry granny who is running away from an asylum for angry people. You need to help her in running and kick away all the people who will come in her way. Besides the people, you will also face many other obstacles which also need to be overcome in order to continue playing the game. The gameplay of this game is developed around Christmas season so you will see a lot of sweets, candies, ice, Christmas trees, bells, etc. around the town. You also need to collect the coins during your run.

These were the 4 running games for iPhone reviewed by me. You can try all the games to fulfill your desire of playing running games and most importantly the desire to keep running. You can also share the name of some other cool running games which I haven’t included here as well as the name of the game which impressed you the most.