Escape game apps are pretty fun and exciting to play. They always start with scary, dangerous situations that you have to get yourself out of. The graphics of these game apps are usually pretty awesome with equally creepy music. The scenes created are scary to look at and even you feel like getting out of the room as fast as you can. Different games give you different scenarios at the beginning of the game. You have to find clues, solve puzzles, break codes to escape a room.

I personally find these games pretty addictive. This article covers a number of these games for you to play and enjoy. Let’s start looking at Windows 10 escape the room game apps. 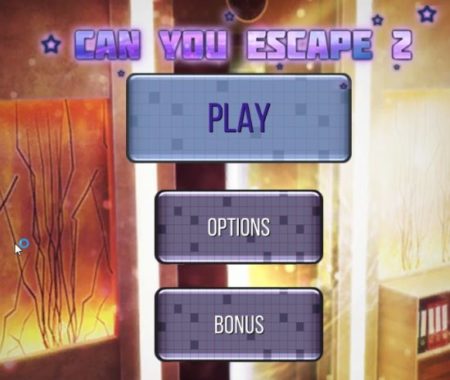 Can You Escape 2 is a nice and fun game app. The story starts with you looking for an apartment and you call up an real estate agent to schedule an appointment. You go to meet her at the address she gave you and then the adventure begins. To see an apartment you have to first find clues and fix the elevator. Then to get out of each apartment you have to find clues, solve puzzles, and use logic to escape from every room. The graphics of the game are good and the background music is alright. Each room you will find clues which you can store in the empty boxes you will see on the right side of your screen. The first level is guided by highlighted areas, and after that you are on your own.

Here is gameplay of Can You Escape 2:

Can You Escape Island

Can You Escape Island is another fun game app where you have to find your way out of an isolated island. The story in this game is that you survived a shipwreck and were swept to this islands shore. Now you have to find a way to escape this island to save yourself. Each level of this game takes you to a different location. You have to find clues in the scene, solve puzzles, and find a way out of that part of the island. In this game as well the clues can be stored at the right side boxes. The first level you go through will guide you by highlighting areas with clues, but after this level you are on your own.

You can also read about Can You Escape Island for Windows 10 in detail from here. See its gameplay below:

Can You Escape Deluxe

Can You Escape Deluxe is another fun game app where you need to escape from different rooms. There is no story told in this game, you just start with looking at apartments. I guess you are looking for a apartment for yourself. But then the fun begins. To get out of each apartment you have to find clues, solve puzzle, apply logic. When you get out of one apartment you get stuck in another one. The first level will guide you on how to play by highlighting the areas where you can find clues. The apartment manager will also appear from time to time to let you know what’s happening.

You can also read a detailed article on Can You Escape Deluxe for Windows 10 here. See its gameplay video here:

Escape City game app lets you be a rookie cop and investigate crimes happening in your city. The city is being taken over by a drug dealing gang and your job is to put every member of this gang in jail. When you start the game, the first level will be guided by highlighted areas. After that from level 2 onwards you will be on your own. You have to find clues, solve puzzles, to escape from places. There is a hints button on the screen at all times which can be used at times when you are stuck. The hints option will show you a video tutorial on how to cross the level.

You can also check out a detailed article on Escape City for Windows 10 here. Here is video of its gameplay:

Psycho Escape is an exciting escape game to play. A psycho killer is coming to hunt you down and you have to run by escaping from places. At the beginning of every level the killer will come and remind you that he is not far behind and you need to be careful. The first level will guide you through it, by highlighting the areas with clues. After that you will be on your own. You will have to find clues, solve puzzles, and break codes to escape from a place. A hints option is always there on the screen for times when you are stuck and can’t find a way out.

You can also check out a detailed article on Psycho Escape for Windows 10 here. Enjoy its gameplay in the video below:

Amazing Breakout is a another fun escape game where you have been locked inside a museum and you have to find your way out. For escaping you have to unlock every single hall of the museum. As in all the other games the first level is guided by highlighting areas with clues. After the first level you are pretty much on your own. You have the hints option which you can use when you are stuck. Each level takes you through a different themed room. You have to find clues, solve puzzles, and break the code to escape the room, only to get stuck in another room.

You can also check out a detailed article on Amazing Breakout for Windows 10 here. Here is its gameplay:

Doomsday Escape is another exciting escape game app for Windows 10. The game starts with the story, that you are living in a post-apocalyptic world and there are not a lot of people alive anymore. Now you have to find the survivors and look for food as well. On your last mission you got trapped in this place and you need to get out before its too late. You have to find clues, solve puzzles and break codes to get out of this place. The first level will be guided as usual, but after that you have to figure things out on your own. There is a hints option on your screen which can be used when stuck. Look around the room, what all things can be collected, if there are safe with number locks then look for combinations which will open these locks. Here is the video overview of gameplay of Doomsday Escape:

Wild West Escape is another fun escape game where you have to travel to the Wild West and get involved in adventures. You visit places like taverns, camps, mines, etc. and find your way out of there. The rules of the game are the same find clues, solve puzzles, and break code. The first level of the game is guided by highlighted areas where you can find clues. From second level onwards you are on your own and have to figure things out. The game does get a bit challenging after a couple of levels. You do have your hints icon handy for times when you are stuck. Here is its video overview:

So these are the 8 Windows 10 escape the room puzzle game apps which you would love and enjoy because of the awesome game play they have. All the apps have pretty nice graphics and background music which makes the apps come to life. Do give them a try and you will definitely end up wanting more. Let us know how you liked the apps in the comments section below. You can also suggest any games which we missed out in this list.