Apart from pinning a single image, it also allows you to pin multiple images on top of all applications. Another interesting feature of this software is that it allows you to take quick screenshots of the area where you have pinned the image. So, this software can come in handy to show your company logo, text, or watermark while taking a screenshot or recording your screen. It is quite similar to other software which allows you to add image watermark on desktop screen. 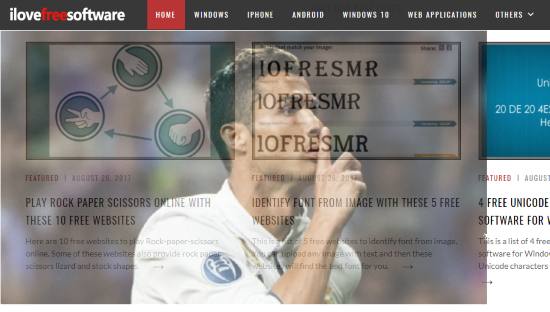 How to Pin an Image on Top of All Desktop Application:

To get started, simply download “Screen Dragon” on your PC and then you will see a portable file to launch this software. When you open this software, it will simply place a transparent dragon image on top of the desktop screen, as shown below. 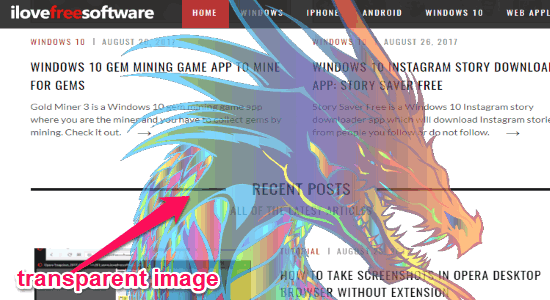 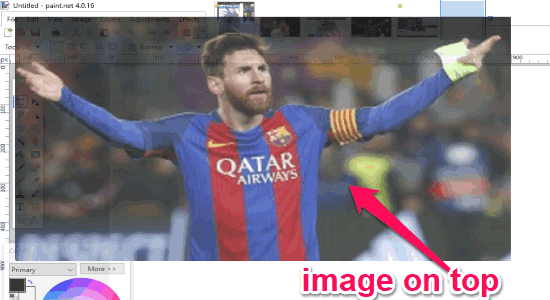 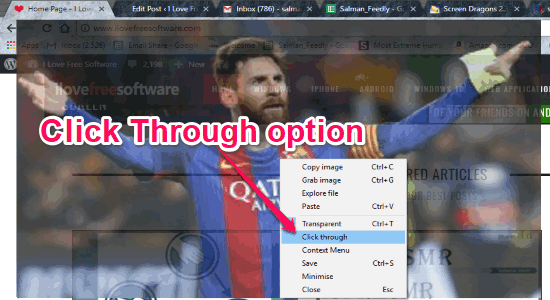 This is how you can pin any image you want on top of the desktop screen and keep it stable on top of all applications.

Some of the other useful features of this software are as follows:

Screen Dragon is a very useful software which helps you easily pin an image on the desktop screen which stays always on the top of the opened applications. Personally, I like it as it also lets you in multiple images on top of desktop applications. Go ahead and try it out.

Get ” Screen Dragon” from here.