How to Launch A Program In A Minimized Window

Advanced Run comes as a portable software which means, you don’t have to install it in order to make it work. The software has a simple interface and you can easily configure it. Apart from running a program in a minimized window, the software also lets you run a program using the compatibility settings. And you can create various configuration files in it for different program for later use. To use this software, all you need is the path of the program that you want to launch.

Follow these simple steps to use advanced Run freeware:

Step 1: Grab the EXE file of Advanced Run from this link. After that, lunch it and you will find its interface similar to the following screenshot. 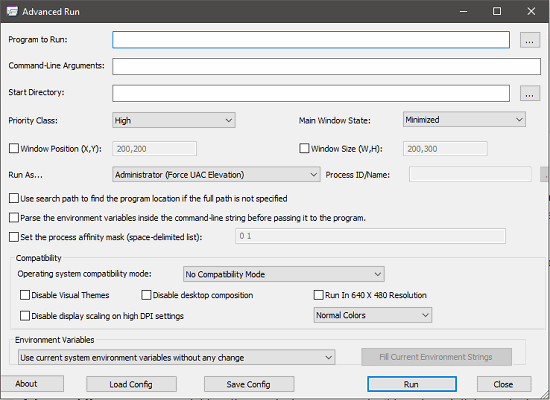 Step 2: On its interface, Type or paste the path of a program in Program to Run field. Specify in what window state the program will run. Use the Main Window State drop down to do that.

Step 3: If your program requires administrator rights to run, then you can also specify that using the Run As drop down.

Step 4: After specifying all the parameters, run your program by clicking on the Run button. 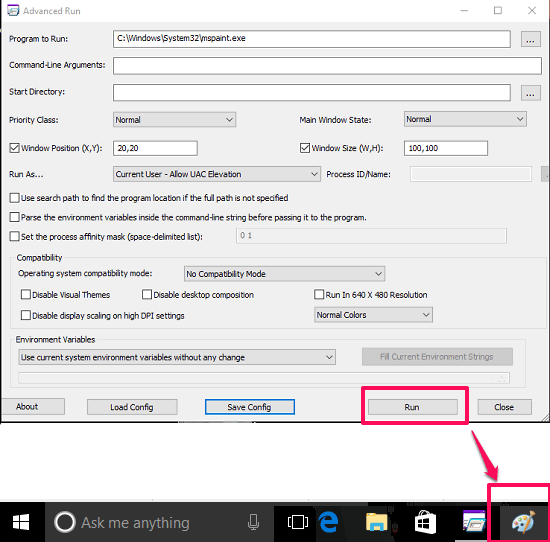 If there’s a program that you frequently want to launch in a minimized window, then you can save the preferences of that program to a CFG file. Use the Save Config Button to do that. And you can use the Load Config button to import the same CFG file to launch that program later. 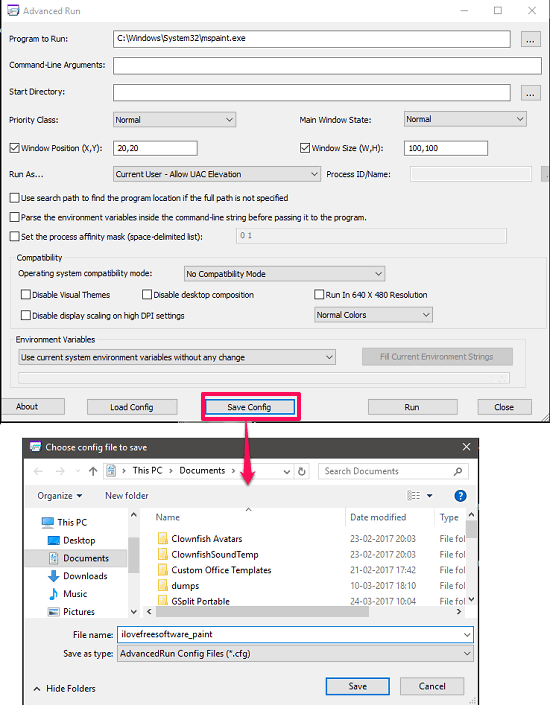 All in all, Advanced Run makes it pretty easy to start any program minimized. And I like some of the options that it provides to run a program such as run as administrator option.