QR Droid app is divided into three categories, which includes, scan, share and more. The scan tab in the app provides different sources, from which you can scan QR code and get access to the details of the QR code. The scan tab includes scanning the QR Code by using the phone’s camera, decode saved QR code image from the phone gallery, decode from QR image’s URL and Manual key-in. You even generate QR code of any URL, image, contact information and much more. Also, the app provides you the option to generate QR code of any app from within the phone and share it via Gmail, Bluetooth, Dropbox, Facebook and much more. After generating a QR code, you can even insert a logo, label, choose the QR code color of your choice, adjust the size of the QR code according to your requirements. 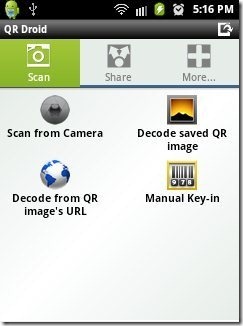 You can check out Barcode Scanner app for Android reviewed by us.

Some Key Features Of QR Droid App To Scan And Generate QR Code: 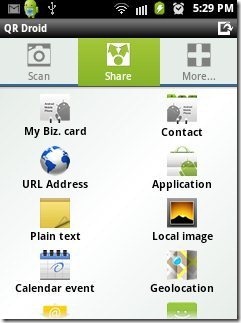 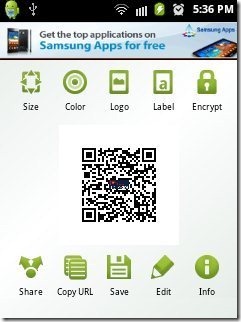 How To Install QR Droid App On Android: 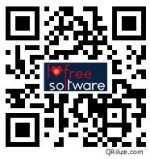 The free QR Droid app to scan and generate QR Code will be installed. Install this QR code generator app today on your smart phone and manage all your QR codes. Make the experience of using QR Code better, with this smart app for Android.