Time Ninja is a free Android arcade game to test concentration and anticipation skills. This game is quite different from other Android arcade games in which you have to run, tap, shoot, or match three same type of candies/diamonds, etc.. 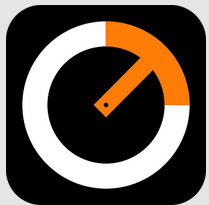 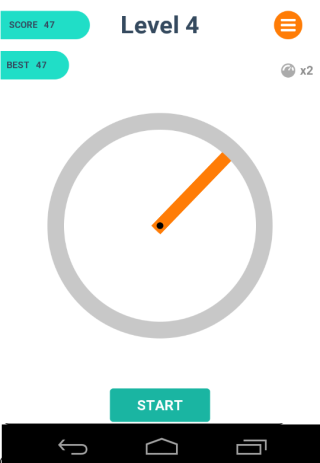 This will make the spinning arrow invisible, but it will continue to move with the same speed. Just when the arrow becomes invisible, you will see a colored sector becoming highlighted on the screen. Now, you have to anticipate when this moving arrow will reach the highlighted sector. You have to tap on Stop option to mark your choice for the anticipated location of spinning arrow. 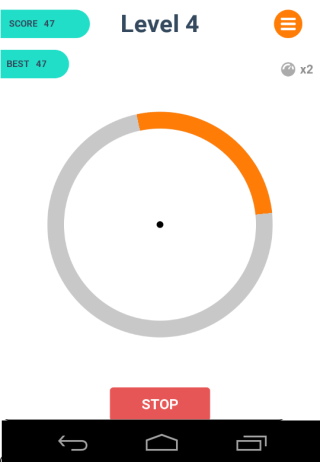 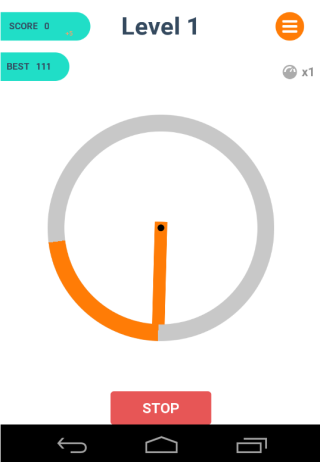 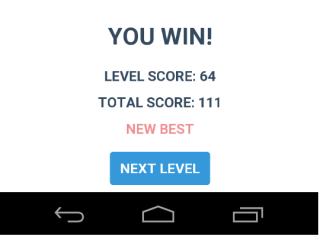 You may also like: iPad Arcade Game to Test Concentration: Spin Bird.

Time Ninja is a good Android arcade game which tests your concentration and anticipation skills. I liked the game, as its easy to understand and without too many complications. Its quite addictive and a good time killer game.