Spin Bird is a free iPad arcade game to test concentration by spinning bird. It is a fun and addictive game which keeps you addicted to it. The game has simple concept in which you have to control a bird such that it can eat maximum number of seeds. While feeding seeds to birds, do make sure that you dodge the ghost bullets which will try to kill the bird.

You have only one life to do the above mentioned objective. This makes the game addictive and keeps you hooked to the game. You have to use your hand-eye co-ordination and concentration level to the maximum in order to get high score in this game. The game also has a global leaderboard. 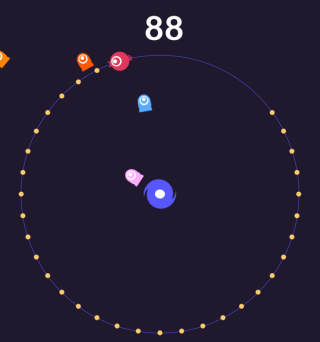 Gameplay of this iPad Arcade Game to Test Concentration By Spinning Bird:

When you will launch the Spin Bird iPad arcade game, you will see the interface as shown in the screenshot below. As you can see that interface says “Tap Anywhere”. It means that the game starts just the moment you tap anywhere on the screen. 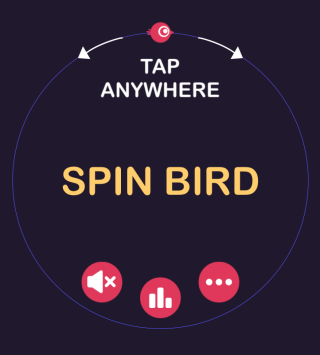 You have to make the bird eat maximum number of seeds with each seed giving you 1 point. As you will be eating seeds, you can see that there is a circle in center which keeps on firing Ghost Bullets. You have to make bird dodge these bullets in order to survive and eat all seeds.

Do remember that you have only one life which means just the moment any of the bullet hits the bird, the game will get over. On game getting over, you recent as well as high score is displayed. If you want to play again, tap on Replay option. To share your score on social media, tap on Share option. 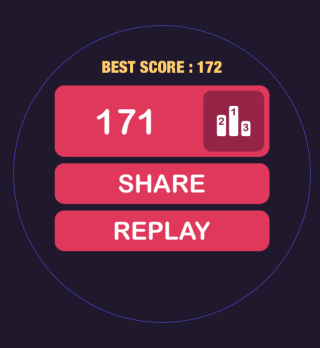 For checking your rank on global leaderboard, tap on the icon with graphs.

You may also like: Angry Birds Stella for iPad.

Spin Bird is a very fun and addictive iPad arcade game which keeps you hooked to it for long. This game is not like most of the games which are fun to play initially but becomes boring after some time. It is purely endless game with endless fun.