This is a quick tutorial to demonstrate how to disable Chrome incognito Mode on MAC. To disable Chrome’s private browsing feature, you just have to issue a simple command in MAC’s terminal. After disabling Incognito mode, the option for private browsing will disappear from Chrome browser’s 3 dot menu and you can later bring it back as well by running the same command with a slight modification.

The private mode of Chrome and other browsers is really advantageous. But there can be numerous reasons including preventing your children from using private mode to disable it. And in that case you can simply turn off this feature on whatever platform you are using Chrome. Also, you can later turn it back on easily after you disable it using the following method. We have covered this already for Windows version of Chrome but that is completely different method. If you are interested in doing it on MAC then this tutorial will show you how. 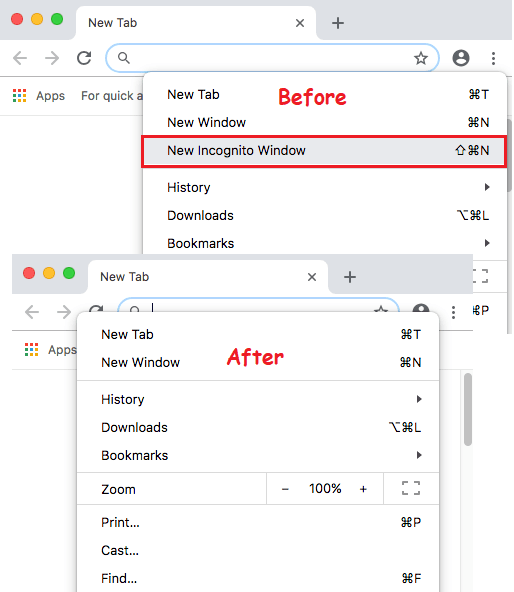 How to Disable Chrome Incognito Mode on MAC?

Turning off Chrome’s private mode is very simple on MAC than in Windows and other OSs. The following method is basically a workaround to turn off Chrome’s Incognito mode in MAC as there is no native option on its interface. So, just open terminal window by searching it in the Finder and then simply open it up. 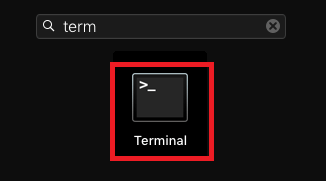 Now, type this command in the terminal window followed by enter and you are done. If the command throws no errors then it means that you have now successfully disabled the Incognito mode of Chrome. To see it in action, simply restart your MAC, open Chrome and you will see that the option to open private Chrome window is gone. 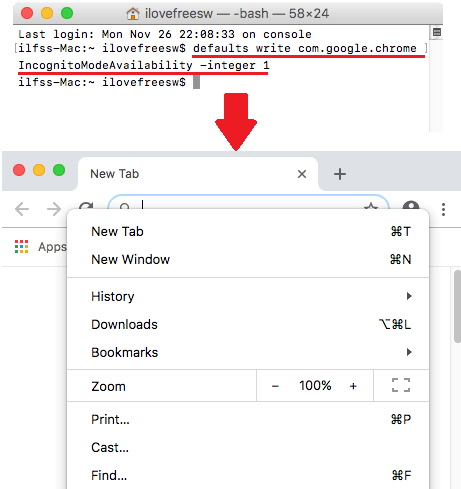 This command in MAC simply turns off the Incognito mode feature. But what about if you want it back? Well, that is super easy too. You can run the same command again with a slight difference. You just have to put “0” in place of  “1” in the end of the command. After that, restart your MAC and start private browsing in Chrome again.

If you want to disable private browsing in MAC then this guide will be helpful. And to do this, you don’t need to be a MAC expert. Just run a simple command and then get rid of Chrome’s Incognito mode. Also, you can easily bring it back if you need it in the future.