Carde is a free iPhone app to get photos from multiple social networks. The app supports Facebook, Google+, and Instagram while Pinterest being in their upcoming features list. The app displays photos posted by you as well as by your friends and the ones whom you follow.

You can go through all the photos, see the likes and comments on them, and even like and comment on them. You can do this for all available social networks. The app also gives you the choice of viewing all the photos either via a universal interface or specifically by the particular social name. You can also tap on the uploaders name to view all the photos uploaded by him/her only. 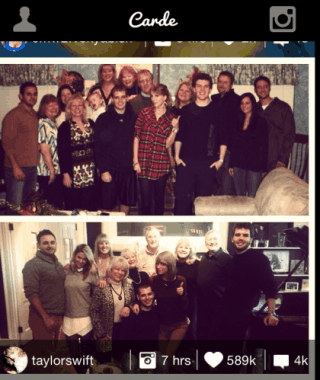 Note: For viewing photos of your friends from Facebook, you need to make sure that they are also using this app. This is because of Carde app’s support of Facebook Privacy Policy requirements of August 7, 2014.

Using this iPhone App to Get Photos from Multiple Social Networks:

When you will launch the Carde app for the first time, you will see the interface shown below. You can see that it has logos of all the four social networks while Pinterest being the coming soon. You have to toggle the toggle switch to the right side of each social network to link it with the Carde app. 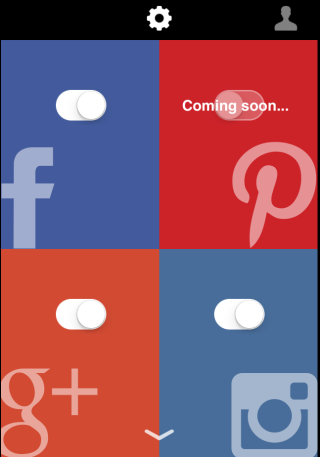 When you are done with the linking of account with the Carde, you simple need to swipe towards left to switch between different social networks and browse all the photos. The app has a total of 5 sections and each of them can be accessed by swiping left one by one. These sections are: Photos by You, Carde, Instagram, Facebook, and Google+. 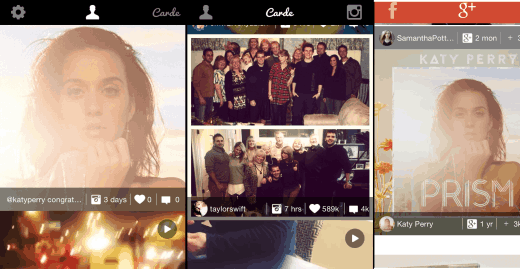 All these options display photos as mentioned by name. The Carde option shows photos from all other users on a single user interface. You can see that each of the photo also displays the name of the uploader, number of likes and number of comments. If you want to like any photo, then you only need to double tap on it. 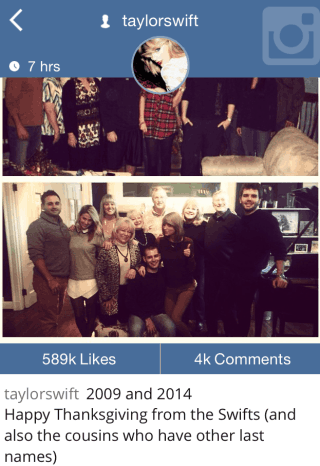 To view the photo in enlarged form, simply tap on it once. If you will tap on the number of comments and likes, then you can see the individual comments and name of users who liked the photo. 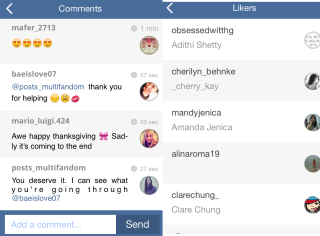 Carde is a good iPhone app to get photos from multiple social networks. It’s a good app to view all the photos from a single user interface so that you don’t have to go to each and every social network individually. Do give this app a try if you like photos and your friends post a lot of photos.