The interface of the app is designed is such a beautiful way that it becomes easy to list and manage all the tasks to do on a particular day or later. You can enter the title and notes of the task, time and date of the reminder, and you are done. 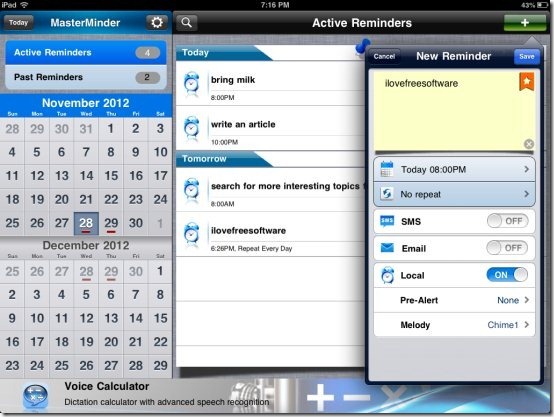 Also the free version contains ads. If you don’t like ads, then you can remove them by paying $0.99 USD. Although I do not have any problem with the ads in the app.

The app interface is divided into two parts. The left side of the app shows the calendar to choose the date of the task on which you want to assign the task. The right side of the app contains the list of tasks which you have saved in the app. The task list in the app is sorted. You can view all the tasks by today, tomorrow, and later. 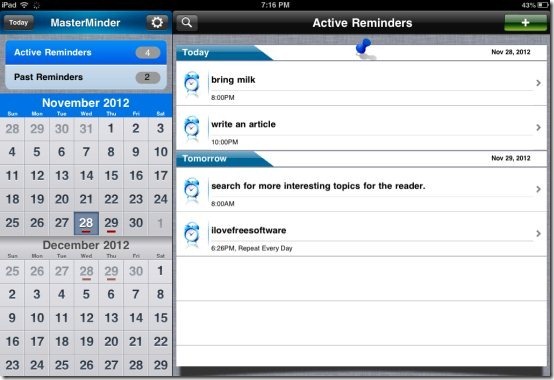 This iPad to do app also provides you the option of sync via email. But, at the time of testing the app, I was not able to sync the task list via email. There might me some temporary issue with the app.

How To Get Started And Set Reminder?

Launch the app and get started with. You will find the app interface with calendar at one side and the empty task list at other side. Just select the date and then tap on the plus button at the right-top of the app. Now enter the details of the task which you want to save in the app. Select the time at which you want the app to give you the reminder for the task. Select the repeat interval. You can even select the ringtone of the reminder which will be played for that particular task. To search any task, tap on the smart search bar to search for the task in the task list.

You can check out Wunderlist for iPhone reviewed by us.

Features Of RE.minder iPad To Do App:

Also, check out the featured post by us on to do apps for iPad.

Click here to download and install RE.minder app from Apple App Store. You can also scan the QR Code below and get the direct download link of the app. 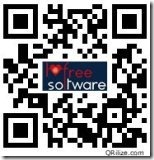 RE.minder app makes it easy for you to manage all your task to do on a particular day.