NinJump is a free Ninja Game for Android gamers. Jump between two parallel walls, kill the enemies simultaneously, and become the Ninja master.

NinJump is created by BackFlip Studios who also designed the famous game “Paper Toss” (reviewed earlier). In this Ninja game, jump to the top and become the ninja jumping master. The download size of this Android game is around 10 MB. 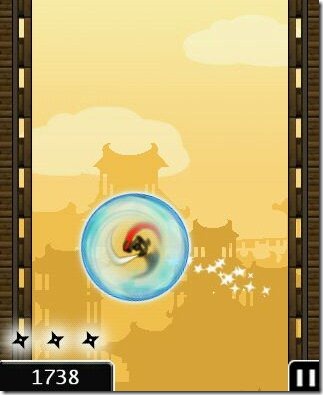 About This Ninja Game:

NinJump is a fast paced Ninja game, where you have to climb the walls and reach the top. On your way to the top you have to avoid enemy ninja’s throwing stars, bombs, angry birds, and killer squirrels or else attack them.

Just tap to jump from one wall to another wall. Be fast at tapping to avoid obstacles and enemies attacking you. When an enemy is in the air and if you tap, you can kill them by knocking them in the air itself and even the obstacles. If you hit any three enemies of one kind consecutively then you will get a super power like the one shown in above and below screenshot. If you collect a bubble kind of thing which resides on the wall, you will get a protective shield. You may collect any number of shields but if you get hit once by the enemies or obstacles, the shield armor will break and you have to collect the bubble once again to get your shield. 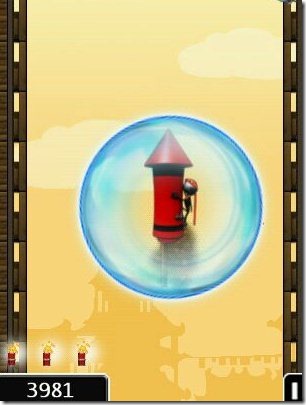 This game has many cool features:

Watch the below YouTube video to get an idea about the gameplay:

NinJump is an arcade jumping ninja game that you should definitely try. It has awesome graphics and sound effects to thrill you all the way.

Scan the below QR code to download NinJump on your Android. 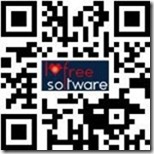